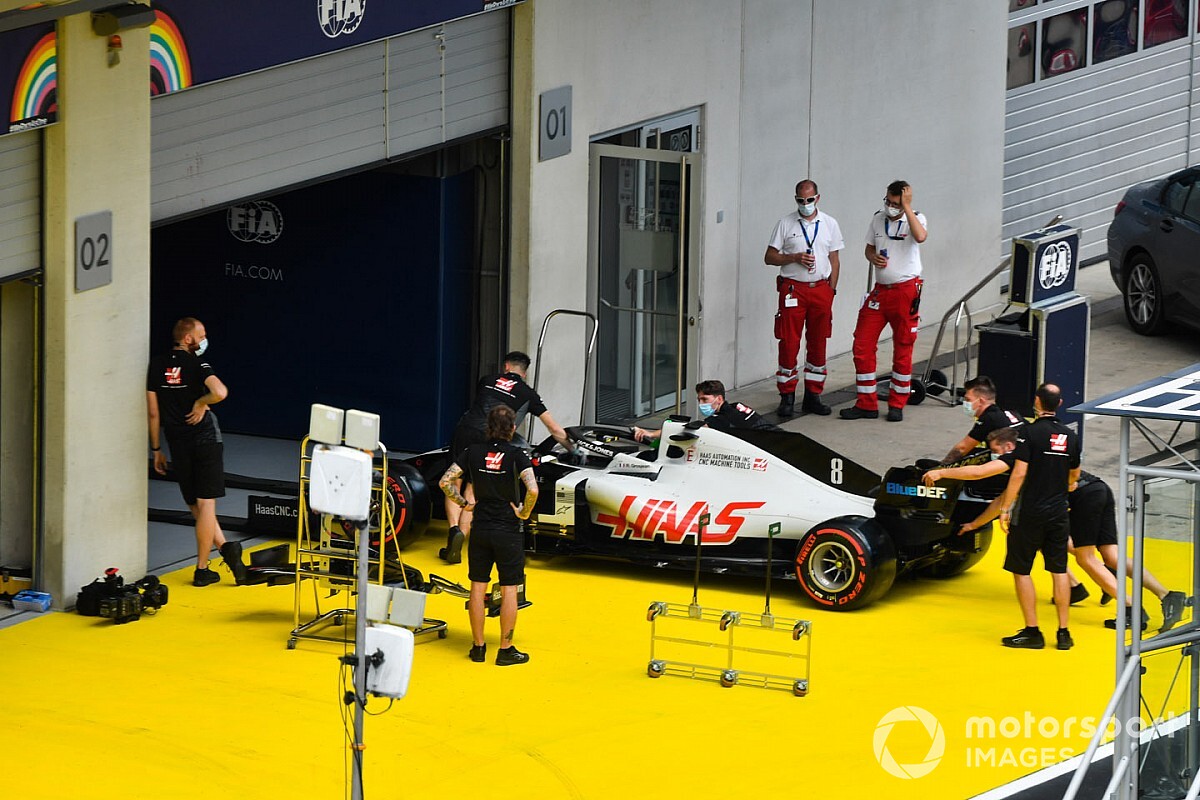 Romain Grosjean has escaped the risk of disqualification from the Styrian Grand Prix, after his Haas team broke parc ferme rules following qualifying on Saturday night.

The Frenchman failed to complete a lap in the wet qualifying session, after suffering an ERS water pump failure on his out lap in Q1. His failure to set a time left him at the back of the grid.

Haas worked on sorting the water pump issue late into Saturday evening, and beyond the three hour 30 minutes time limit by which F1 cars need to be put into parc ferme after qualifying finishes.

In the end, it finished its efforts at 11.20pm, more than three hours after the cut-off.

As well as encroaching into the parc ferme time, its work was also not conducted under the supervision of a scrutineer, which is a further breach of the rules.

Following an investigation by the stewards on Sunday morning, it was made clear that the normal penalty for such an infringement could be exclusion from an event.

However, with Haas having approached the stewards before it started work, that FIA has decided to allow him to start the race – but he must now do so from the pitlane.

A statement from the stewards said: "In general, a breach of Parc Ferme regulations could lead to the driver being disqualified from the event."

It added "In this particular case the Stewards accept that there clearly are mitigating circumstances as [the] team would not have been able to run the car in the race without breaking the regulations and they approached the Stewards before the start of the relevant time period.

"In this connection is it pointed out that the penalty applied is not to be seen as a precedent for future infringements."

Mercedes: "Constant massacring" on kerbs may cause more issues