Romain Grosjean reckons a split-screen option would be a “cool” fix to Formula 1’s problem of not showing enough battles while television coverage focuses on race leaders. 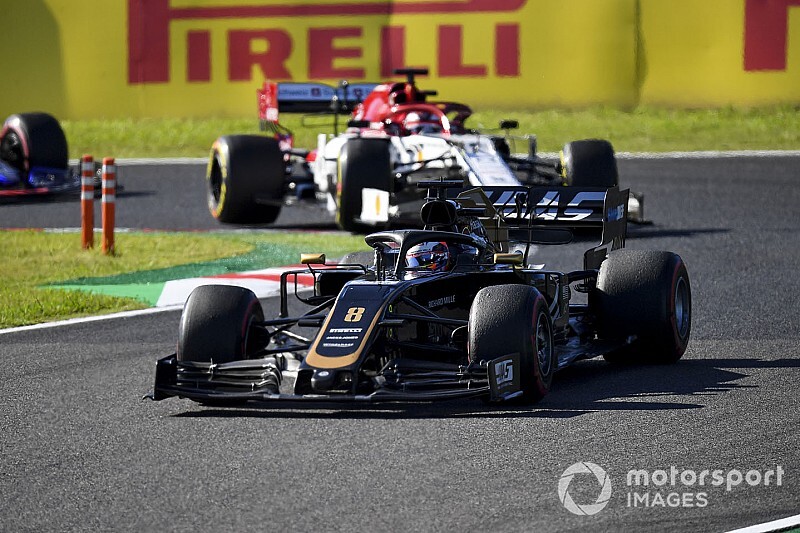 F1’s TV direction has come under scrutiny from drivers, particularly McLaren’s Carlos Sainz, for favouring less exciting fights at the front of the field.

The issue was highlighted in the Singapore Grand Prix when a four-car fight on the final lap was missed entirely in the world feed, although that battle was not for a points-paying position.

When asked by Motorsport.com about the issue, Haas driver Grosjean acknowledged that those in charge have to follow the race winner but thinks it is wrong to simply ignore other events.

“The fight we had at the end of the last lap in Singapore was I guess much more exciting than cars passing the line,” he said.

“So maybe having a double screen, where you can see still see the leading car crossing the line, and then the fight going on track on the other screen, would be quite cool.

“Sometimes you watch the races, it’s great to see Ferrari 1-2, but they’re just following each other and it’s not as sexy as seeing cars [racing].

“It was the same in Sochi. The midfield at one point was quite cool, and you could see very, very small margins between cars when [Alex] Albon was behind Kevin [Magnussen], he was coming back after the last safety car.

“And we were only seeing Charles [Leclerc] chasing [Valtteri] Bottas, which was also exciting, but sometimes you wish when you see less than two tenths between cars at the back you want to see that battle.”

Sainz recently said that the Grand Prix Drivers Association would raise the issue properly in the near future, and GPDA director Grosjean said he has had a conversation with his colleague.

Grosjean admitted he has not been able to watch the races properly with the exception of the Russian Grand Prix, having retired on the opening lap, but believes more can be done.

“We talked about it and we agreed,” said Grosjean. “The thing is the same feed is broadcasted to every TV. It’s Formula 1 who gives the feed to every TV.

“They could probably do a better job and maybe show a bit more of the battles because that’s what’s lacking and is what we like to see: cars close together, wheel-to-wheel.

“It was exciting to see Charles following Bottas, but after three, four laps the delta was not quite good enough [for an overtake to happen].

“But if there was anything good happening [elsewhere] it was replayed. It was like 15, 16 laps just on those two cars.”

Vasseur believes race pace will be "easier to find" for Alfa

Why Ferrari is spurning the "easiest" Vettel/Leclerc solution