Romain Grosjean's wife has hailed the Haas Formula driver as a hero for confronting robbers to "protect his family" during a burglary at their home earlier this week. 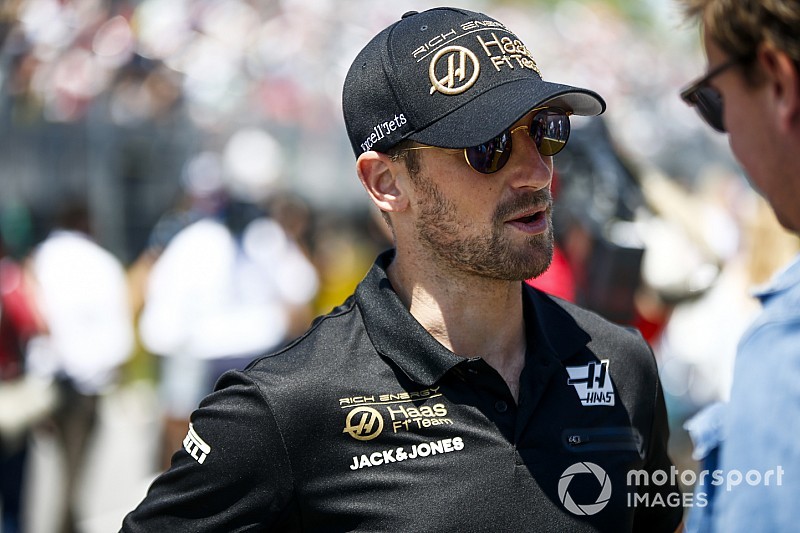 On Tuesday Marion Jolles Grosjean, who used to present TF1's F1 television coverage in France, revealed on social media that her home had been targeted by burglars on Monday night.

Her husband had returned home by that point after competing in last weekend's Canadian Grand Prix.

Mrs Grosjean took to Instagram on Tuesday to share a photo of a broken window that she said was "the one through which burglars broke into our home last night".

"Fortunately, nobody was hurt, and our children will actually never know of the fright we had, thanks to @grosjeanromain who didn't hesitate to jump towards them in order to stand in their way and protect his family.

"I've never liked exhibiting our private life in the press or on social media, but heroes deserve to be known and recognised, and I live with one of them."

Grosjean had endured a frustrating Canadian GP weekend in which he qualified and finished 14th, after collecting parts thrown up from a first-corner collision between other cars at the start.

"We often call sportspeople heroes for the feats they achieve," Mrs Grosjean said. "I've never agreed with this word: they don't save the world, they make it better! Of course, it's already great.

"Today, however, I can say my husband is both: a sportsman and a hero."