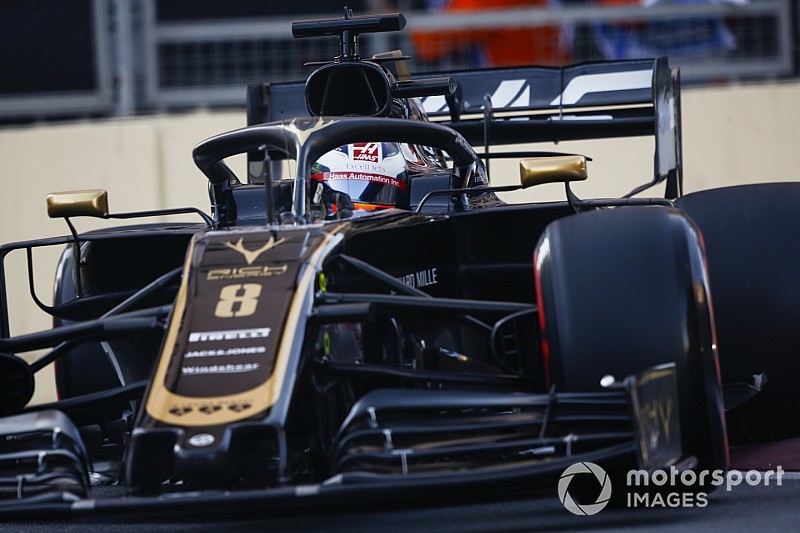 Haas Formula 1 team principal Gunther Steiner says he is "very conscious" about the VF-19 being "absolutely the worst" on the 2019 grid at getting tyres to work.

The team's new F1 car has shown flashes of superb pace in 2019 so far, but has been hit badly by tyre warm-up issues in race trim.

After the Azerbaijan Grand Prix, in which Kevin Magnussen finished a distant 13th and Romain Grosjean retired with a brake problem, Haas sits eighth in the constructors' standings, and is now on a three-race point-less run.

Due to the characteristics of the Baku track, Steiner had said in the lead-up to the Azerbaijan GP that he was braced for disappointment – but when those words were put to him after the race, he stressed lowered expectations made the poor outing no easier to take.

Haas' Baku performance was compromised by graining, which means bits of rubber sticking to the surface of the tyre and lowering the grip it provides.

For the VF-19, graining would take tyres out of the right temperature window for good, and it left the team looking well off the pace all throughout the Azerbaijan weekend.

"Other people can get it to work so we need to get it to work," Steiner conceded. "There's no point to say 'it's not working, oh'.

"It's very serious, because it's the point, you go slower, that's what it is. We know the cause now, we just need to find out how to fix it.

"We can talk about half an hour about it, we know what it is, we just need to fix it."

Haas was in strong form in pre-season testing in Barcelona, with the venue's tyre-stressing layout concealing the VF-19's warm-up woes.

But when asked whether he was confident the team would get the Pirelli rubber to work at the same track for the Spanish Grand Prix, which is next up on the calendar, Steiner said: "I mean, my confidence level in the moment is not very high, obviously. As you can imagine."