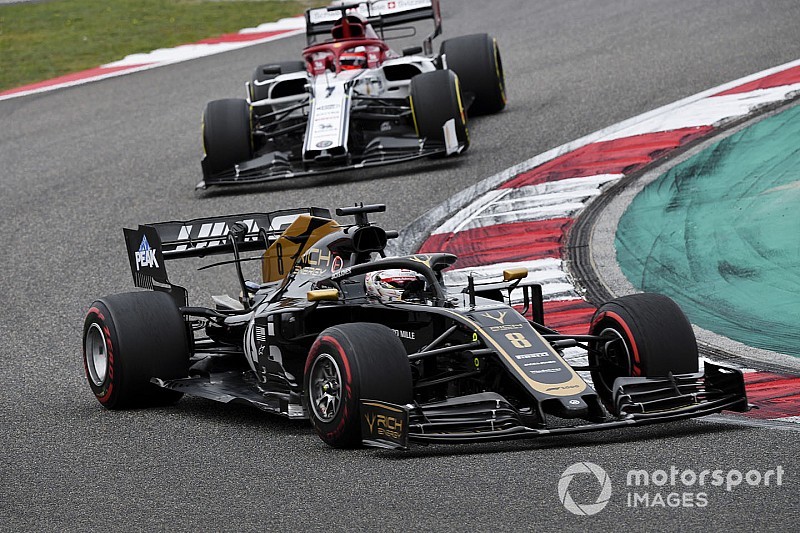 Haas and Alfa Romeo will not use Ferrari's upgraded Formula 1 engine at this weekend's Spanish Grand Prix.

Ferrari has brought a new specification of engine to Barcelona, two races earlier than planned, alongside a new lubricant from its technical partner Shell.

However, neither of its customer teams will use the upgraded engine.

In the past, Ferrari's customers have tended to run an engine upgrade first but the works team's decision to fast-track the introduction has been made independently.

Haas and Alfa will switch to the upgraded engine at the next race in Monaco or the following race in Canada.

"Last year we put it in before them, it was the opposite way around," Haas team principal Gunther Steiner said. "Everyone said, 'Why do you that?' and now we are the other way around. So how should we do it?

"Doing it at the same time is always logistically very difficult for them so one reason or another, depending on the upgrade, they ask us if we are OK and we are fine with it.

"In the end, they need to manage the engine and the mileage and all that stuff. We are pretty happy with what they have suggested. It hasn't been decided if we do it in Monte Carlo or Canada."

One of the advantages to running the upgraded engine in Monaco is it will give Haas and Alfa the chance to assess any potential issues before Canada, which is more power sensitive.

Haas does not have the same specification of fuel as Ferrari either, but Steiner does not believe it is a disadvantage.

"It is just a decision we took," he said. "That is it, there is nothing behind it. It is a bit of a different spec and it is fine."

Asked if it costs performance, Steiner said: "I don't think so because I don't know what they have got. I have nothing to compare with."

Haas to split specs on Friday to avoid further "confusion"