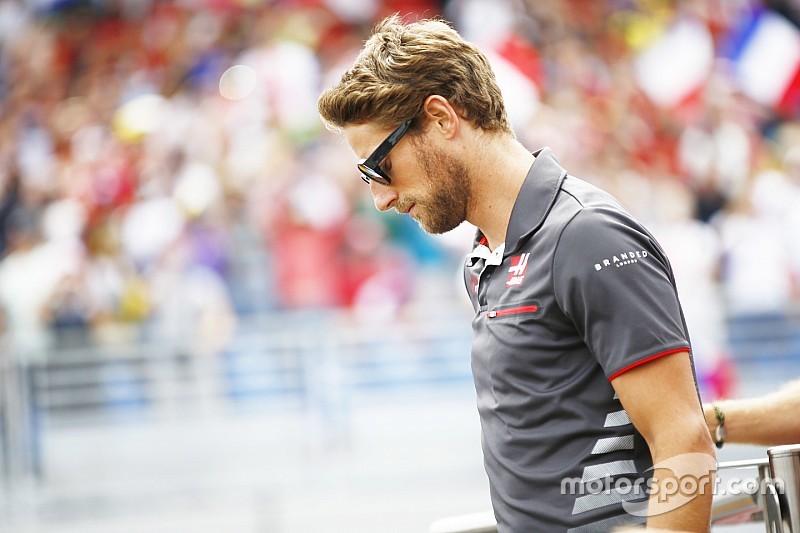 Haas Formula 1 boss Gunther Steiner says he is convinced that Romain Grosjean will bounce back after admitting that bad luck is "pouring" down on the French driver currently.

Grosjean started his home race at Paul Ricard 10th after crashing in Q3, and then collided with countryman Esteban Ocon on the first lap of the race.

After receiving a five-second penalty he eventually finished 11th, continuing his point-less run that stretches back to last year's United States GP.

He has yet to earn a point in 2018, while teammate Kevin Magnussen has scored on four occasions, including a sixth place in France.

“It seems to be always a difficult one, a driver going for it and one not,” Steiner told Motorsport.com.

“We had it with Kevin last year, when he had a down period and people were picking on him. At the moment it’s Romain for whom it goes all wrong.

“It never seems to be raining, it’s always pouring. Then he’s trying to get back on his feet, then he gets a penalty, after a while it beats you down. But I think he’s strong enough to overcome it. “

Asked what Grosjean has to do to get his season back on track, Steiner said: “It’s just keep on doing it. His performance was all good until Q3.

"What can I say? He will be back. I guess one day we will get them both in the points. I don’t think the points are far away for him.”

Steiner was satisfied with Magnussen’s run to sixth and 'best of the rest' in France, helped by a late problem for Renault driver Carlos Sainz that moved him up a place.

“We’re happy with that," Steiner said. "You always want more, so we wanted to be seventh as well, but that wasn’t there.

"We got a bit of luck when Carlos had an issue at the end, but I think this is where we want to be. Hopefully it’s the start of collecting points.”