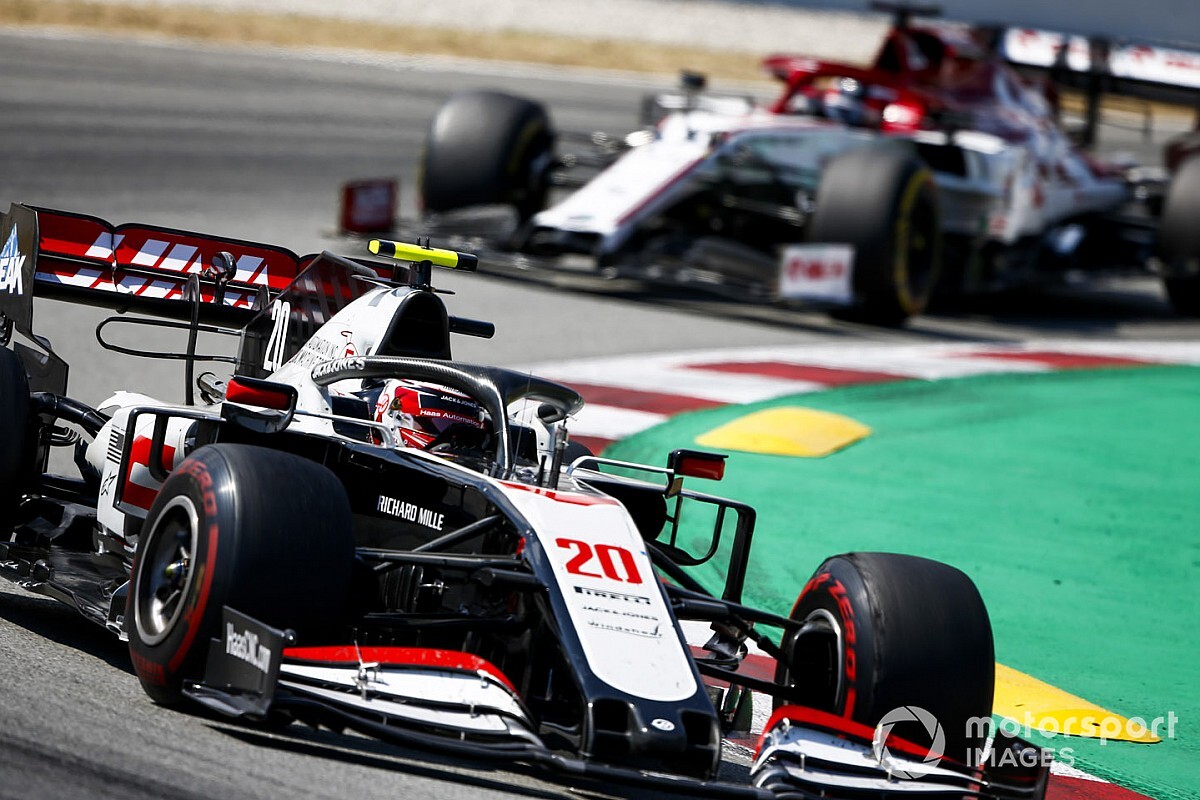 The future of the outfit had been up in the air, with owner Gene Haas admitting at the start of the year that he was only interested in continuing if he saw a chance of being competitive.

He suggested that a drop in form could be enough to make him decide that he did not want to commit his team to F1 for another five years.

"I'm just kind of waiting to see how this season starts off," he told Motorsport.com. "If we have another bad year, then it would not be that favourable [to stay]."

But despite Haas having a challenging start to the delayed season, it confirmed last week that it had signed up to the new F1 Concorde Agreement, which will keep it in the sport for at least the next five years.

Steiner said that while F1 remained expensive to do for a private owner like Haas, the arrival of a budget cap and a more equal payment of commercial rights income for smaller teams meant it made sense to stick around.

"I guess Gene (Haas) looked at it and Formula 1's still a very good tool for getting his brand name, Haas Automation, out in the world," said Steiner. "It works – otherwise he wouldn't be doing it. He loves the sport as well.

"Even if it is a big financial commitment, with the new regulations coming in, it should make the playing field more even and the commercial aspects better for the smaller teams – so as a result he has decided to continue.

"For me, it means – even at the moment when we're not running competitively, we've got a Formula 1 team which works, and that's more down to the team than to me.

"I'm part of the team though, we all work together, and in the end, Gene believes in the team. Everybody is, for sure, happy to be moving forward now with the agreement signed."

Steiner does not expect the changes to F1 finances to help smaller outfits immediately, but he thinks over the longer term they will deliver good opportunities.

"It's never enough for the small teams by the way, but it levels the field and that should be the aim of a sport – any day, anybody can win. It'll take a while until that happens but for Formula 1 it's a big step in the right direction.

"Times change and I think Liberty did a great job in adapting to those times and making changes when it was needed. It was needed a few years ago, but it's better late than never."

Although Haas has now committed to F1 beyond this year, the decision will not impact its strategy to not spend money on upgrades during 2020.

The team started the year holding back on any developments until it could be sure about its budget, but it says that it currently is not considering any improvements this season at all.

"That is the plan," said Steiner. "We need to understand this car, the VF-20, and build on that. We can try to iron out the issues we have this year for a better 2021."