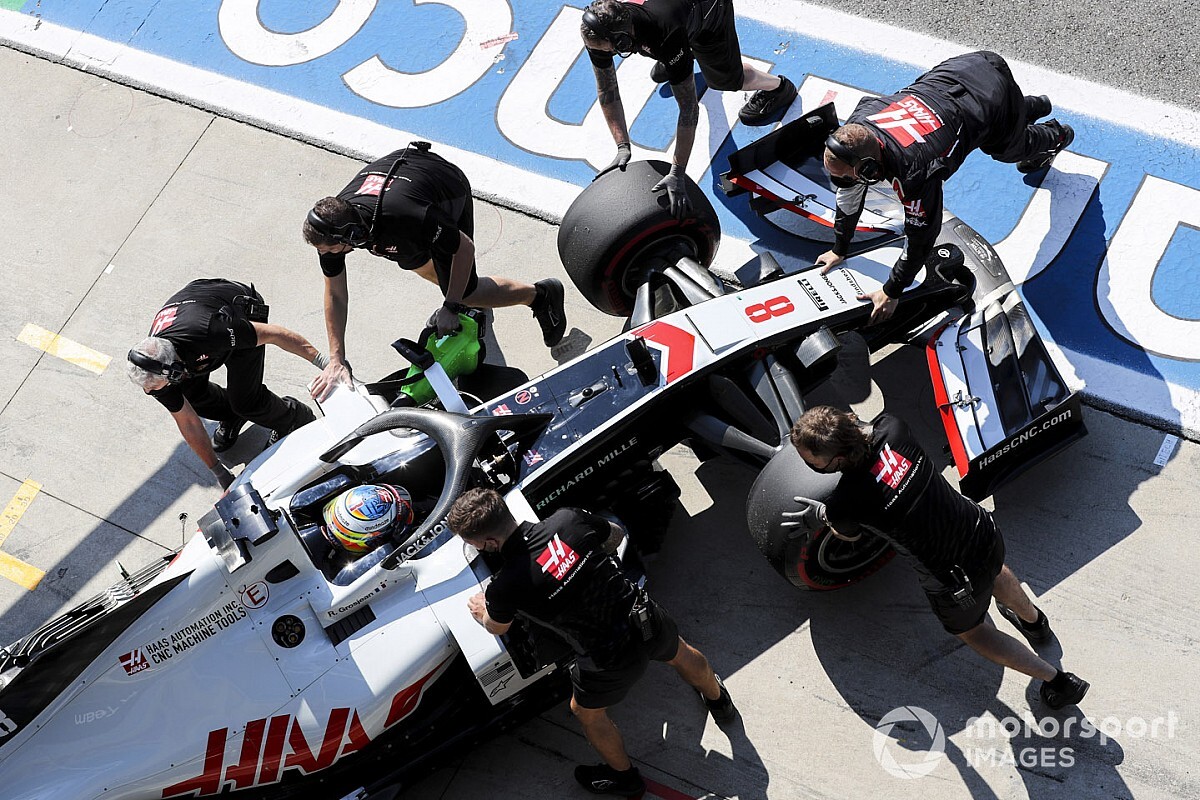 Haas Formula 1 chief Gunther Steiner says there are "close to 10" drivers on the team's shortlist for a seat in 2021, including incumbents Romain Grosjean and Kevin Magnussen.

Current Haas F1 drivers Grosjean and Magnussen are both out of contract at the end of the 2020 season, and are yet to open talks with the team over a new deal.

Haas wanted to postpone any talks with drivers until committing to racing in 2021 by signing the Concorde Agreement, which was completed last month.

Team principal Steiner previously said that Haas was eager to secure multi-year deals with its drivers, believing continuity would be crucial ahead of the regulation change in 2022. Racing Point driver Sergio Perez has become the latest free agent after announcing his upcoming exit from the team on Wednesday, giving Haas another option to consider.

"We are speaking with everybody, and we need to see what we want to do and then decide what we are going to do," Steiner said on Thursday when asked by Motorsport.com about the possibility of signing Perez. "I don't think there's many seats free in the moment anyway, so that is on my side.

Steiner said that he had previously spoken to Perez about a drive and had a "good relationship" with the Mexican driver.

"I respect him a lot, you know what he did," Steiner said. "I mean, as [was] always said also with Sebastian [Vettel], it's a pity if we would lose him in Formula 1. The same with Nico Hulkenberg not being here.

"They're all good people. I don't know what we're going to do. I said, there are a lot of options there."

Asked how many drivers were on Haas' shortlist for 2021, Steiner said: "There are close to 10.

"It is amazing what is around in the moment. That's why you see me very calm. Because there are only the 20 seats, and we have got 10 potential people which could do the job, which is good. Two of them we have got already."

Verstappen: Mugello "can't be any worse than Monza"