Team boss Gunther Steiner has conceded the French Grand Prix weekend was the worst in his outfit's short Formula 1 history. 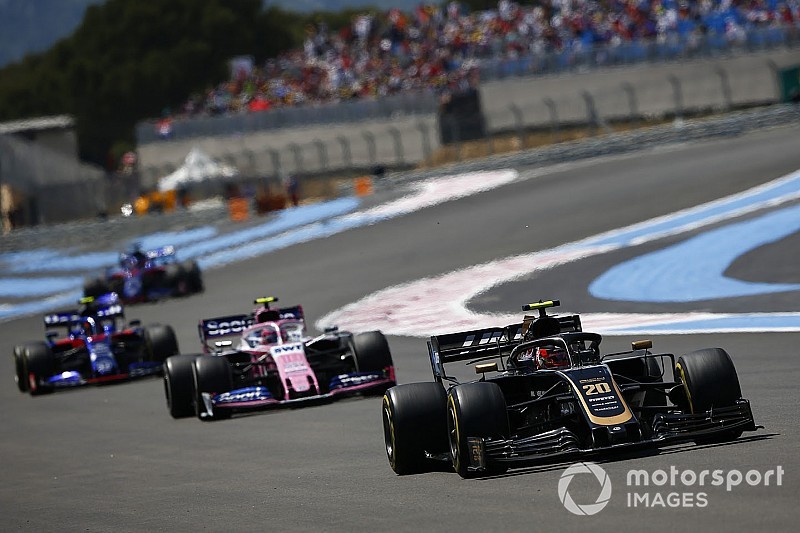 At Paul Ricard, Haas driver Kevin Magnussen qualified 15th and finished 17th, ahead of only the Williams drivers.

His teammate Romain Grosjean started 17th and was running 16th when he was pulled in to retire in order to save engine mileage and get the Frenchman a new gearbox for the next race in Austria. The team has now scored only one point in the last three races.

“In the four-year history, I think this was our worst weekend all in all,” said Steiner when asked by Motorsport.com. “The race, we still struggled. I don't know, what is bizarre for me, a car which was good enough to qualify seventh and eighth at the first race and then sixth in Monte Carlo, all of a sudden we are second-last.

“Don't ask me what it is, I don't know. So don't even ask me please, because I couldn't answer it. We need to find out. It's very disappointing to be honest, because ending up in this situation and not having an understanding of that, that is the worst [thing] of all.”

In Canada, Magnussen complained on the radio that the race was the worst experience he’d had in racing, after he started from the pitlane with a failed set-up gamble. Steiner was adamant that for the team as a whole, France was even more frustrating.

“This was a lot worse than Montreal. Because already on Friday we weren't good. In Montreal, at least the qualifying [was OK]. We got in with one car into Q3. But here, here we were happy to get one out of Q1.

“So it's a lot worse that one. Then if you think in Monte Carlo we qualified sixth. It's difficult to say in Monte Carlo because everyone's going slow for obvious reasons, but the race pace was there as well. So it's very bizarre, the whole thing.

“Romain commented the car is nice to drive, but it's slow. 'You don't have snap oversteer or understeer?' No. It's fine. It's just slow, not enough grip.”

Steiner said he had to keep the team motivated in order to find a way out of the current situation.

“I'm not getting depressed, 'anger' is the wrong word. For me it's a challenge, but it's not a positive challenge, but we need to get out of this. This is not like if you get depressed you give up. We never give up. In racing, the day you give up, you stay where you are.

“You need to get the anger out, and just keep on working. That is what I told the guys, ‘You need to work a lot more now than you did before, because now we are in the s**t.’ There's no point to wait for something coming up, you need to go back now and understand why we are where we are.

“That's the only thing you can do. And then, once you know why you are where you are, then you can find solutions. if you don't know that one, how can you work on solutions? Because you work on everything, then the best thing is you make a new car.”