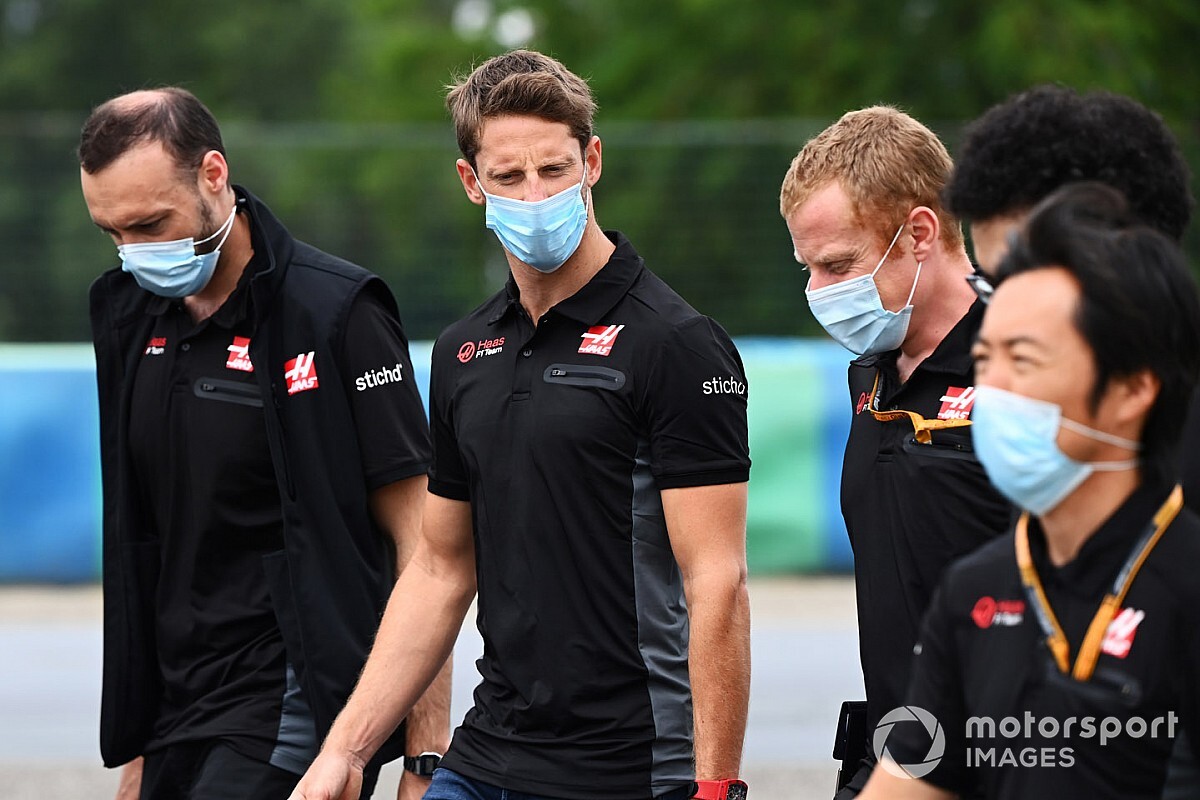 Romain Grosjean admits his Haas Formula 1 team's future is the "elephant in the room" as he concedes he knows nothing about the American's squad plans after 2020.

No teams have thus far signed the new Concorde Agreement that commits them beyond this season, and thus team owner Gene Haas has the opportunity to close the team and pull out of the sport without penalty.

Grosjean's comments on the lack of any decision was one of the clearest indications yet that closing the team remains an option for the American businessman.

"There are a lot of question marks here," said the Frenchman when asked about his own future.

"Let's get rid of the elephant in the room, is Haas going to be here next year or not? That's obviously the question.

"What are the other places are available? Obviously the market got shaken up quite quickly this year with the Ferrari announcement and the following things, so we'll see what the opportunities are.

"Personally I'll see also what I'd like to do, and what I feel like doing in the future. Looking a little bit, but also not rushing everything, and seeing how things are going."

Asked what he knew about the team's future, he said: "Nothing. The decision hasn't been made I believe, there's nothing to be said.

"We just need to go racing and do races as we did in Austria, get the best out of the team, out of the strategy, out the drivers, and show the best we can do.

"Obviously in the end Gene knows the answer, I guess, or doesn't know but will tell the answer at one point. Until that point I can't really give you any direction. I hope for F1 that Haas will be on the grid next year.

"Out of all the new teams that came to F1, it's obviously the one that was the most successful, the most solid baseline, so there's definitely a place for Haas in F1. But again, I'm not the one taking the decision. Time will tell."

Asked if he had any concerns about the future of the team and thus his own, Kevin Magnussen said that he is more relaxed these days than he would have been in the past.

"Concerns? Not really," said the Dane. "I think I've now got a little bit more experience in F1, and grown up a little bit. I don't get as concerned about these things as I used to when I was younger.

"Of course, I'm looking forward to something news and to see whether it continues or not. I don't know, but I hope that the chances are good.

"I feel like we were doing well, as Romain said, we've been fairly successful in a very short amount of time as a completely new team, not taking over a previous team. Starting up as a new team and doing well from the beginning has been really impressive to see.

"Of course, I'm hoping for it to continue. As I said I think I've grown up a little bit, and feel more at ease in these situations. F1 is never a safe place, you can never predict the future. And so I think just about enjoying the moment and then hope for the best in the future."

Binder was "lost" on KTM before following Pedrosa