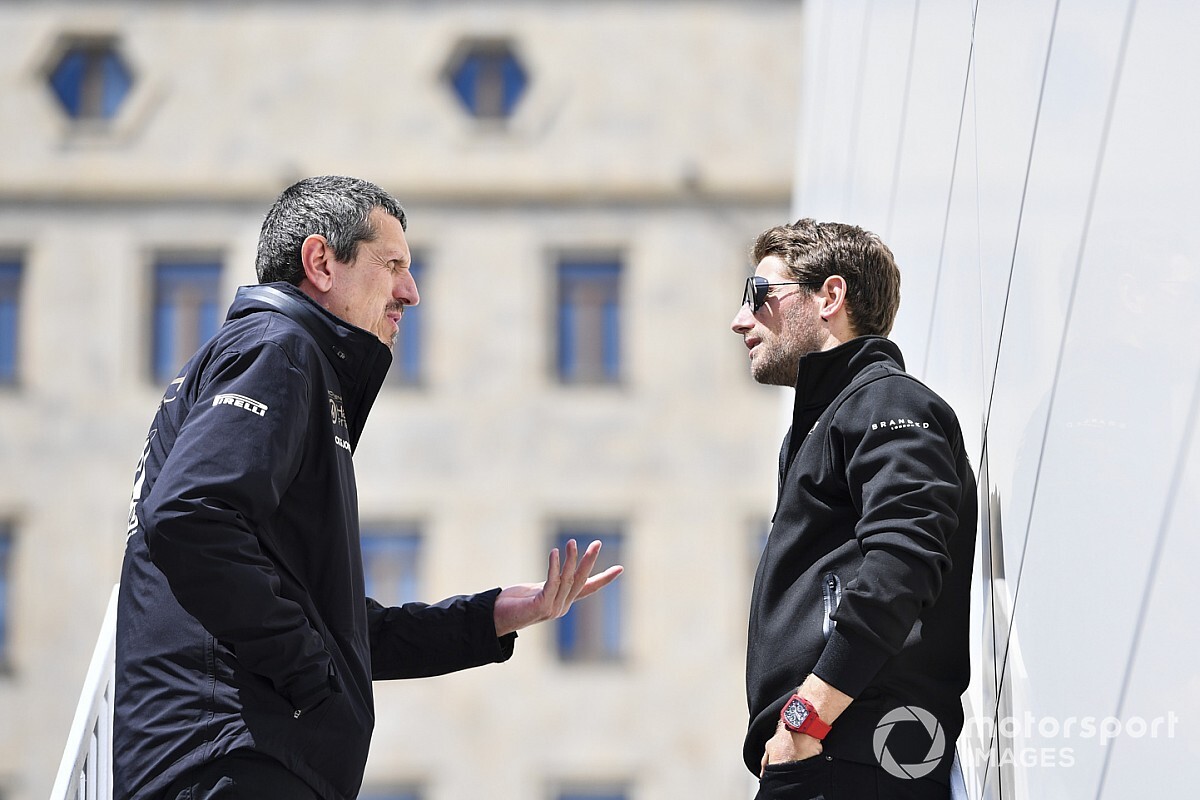 Haas Formula 1 boss Gunther Steiner says Romain Grosjean was "wrong" to speak on behalf of the team when addressing doubts about its future in the sport.

When asked about his own future on Thursday, Grosjean said that the “elephant in the room” was the uncertainty over Haas' plans in F1.

"There are a lot of question marks here," said the Frenchman.

"Let's get rid of the elephant in the room, is Haas going to be here next year or not? That's obviously the question."

No teams have yet signed the new Concorde Agreement, so owner Gene Haas still has the option to close his operation down and walk away without penalty.

Steiner made it clear that he wasn’t happy with Grosjean’s comments.

“I think his answer was the wrong answer,” Steiner told Sky F1. “Because he was asked what he is doing, and he spoke for the team. I think the elephant is in his room, not in our room.

“We know what we want to do, and if we are here or not, that will be just decided once we sign the new Concorde. Everything is on the way that this will happen.

“I’m still confident that we will be here. So I think the elephant needs to go out of the room, and into Romain’s room.”

Sergio Perez and his backers have been linked with Haas, but when asked on Thursday Steiner declined to elaborate on the possibility of the Mexican joining should he not stay with Racing Point.

“I think we need to, or in my position, you need to talk with everybody, as I always do,” he said. “I talk a lot, I talk a lot with a lot of people, and sure, I talked with Checo before in previous years. In the end, I’m talking with everybody and anybody.

“I respect Checo and what he is doing. I don’t know what his situation is with Racing Point, and I don’t want to add any more to this speculation that is going on at the moment, because I have no intelligence of it.”