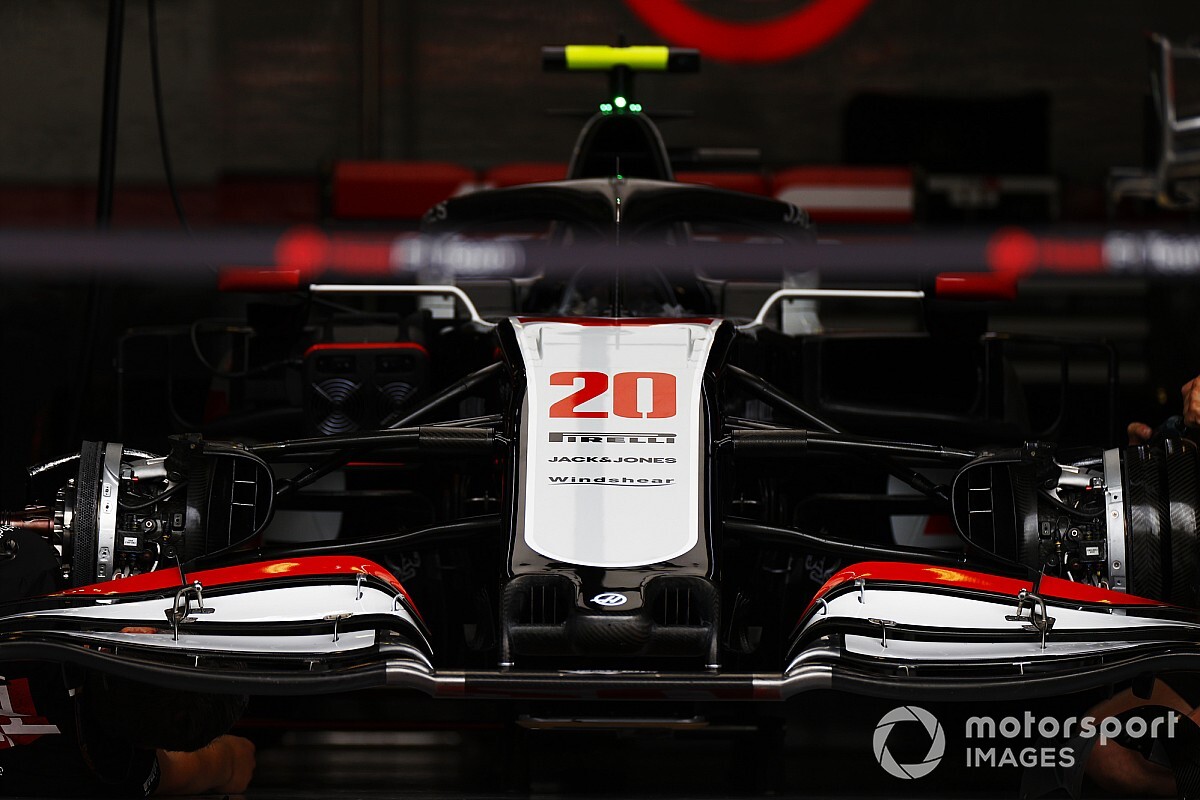 The Haas Formula 1 team has rebuilt Kevin Magnussen’s car following the Dane’s retirement at Silverstone – but no specific problem was traced as a root cause.

Magnussen was retired from the 70th Anniversary GP for safety reasons after his car used up its tyres at an alarming rate, and afterwards he suggested that something had gone awry in the rebuild following his major first lap accident in the British GP a week earlier.

In the short gap since last weekend the car has been rebuilt ahead of the Spanish GP with new parts in an attempt to resolve the issues that Magnussen suffered.

“Basically, in the second race at Silverstone we ran out of tyres,” said Magnussen. “The rear tyre just blistered massively, and then all of the tread came off from the middle to the inside of the rear tyre, and just caused massive vibrations, and became an actual safety issue at the end of it. So that's why we retired the car. But we didn't miss out on a whole lot because we were in last position at that moment.

“And the whole weekend had just been a struggle, the second weekend in Silverstone, where the first weekend was slightly better, we were in a more sort of the usual spot in the field. If I hadn't retired in race one, then there could have been a pretty decent result. I felt like I had the cards for it. So we'll try again here.

“We've changed a lot of parts in the car to parts that we know have performed before recently, and should be back to normal. I'm pretty confident of that at least.”

Magnussen said no specific problem had emerged from the team’s post-Silverstone analysis.

“I'm pretty aware that we don't have a conclusion,” he said. “We had four days between these two Grands Prix. So, I think the action that we took was to just change the parts and go with a car that we know, with parts that we know have worked well recently, and just to take out those factors. I assume and feel confident that it's going to be back to normal.”

Haas team boss Gunther Steiner confirmed that no issue had been found during the dismantling and rebuilding process.

“We replaced as much as possible with parts which we know are correct, or assume they are correct,” said Steiner. “But no, we didn't find anything specific about what led to what happened last week, that the car had no grip. So everything was built up again, so let's see how it goes tomorrow.”

Last year Magnussen finished seventh in Barcelona, and he remains upbeat about the prospects for a better race this weekend.

“Of course it's nice coming back to places where you've had a good race in the past,” he said. “And naturally you're hopeful that the trend is going to carry on. This car this year is very different to last year's car, so you can never be sure, but of course I’m positively hopeful.

“This track isn't as bad as Silverstone on tyres, but it's still still hard on tyres. But I think we should be better off here.”