Steiner: Haas F1 signed Fittipaldi for ability, not his surname

Pietro Fittipaldi’s test deal with Haas F1 was reached due to his ability, not for commercial or publicity reasons, says team principal Gunther Steiner – and joked he could have signed his grandfather Emerson if he’d wanted to. 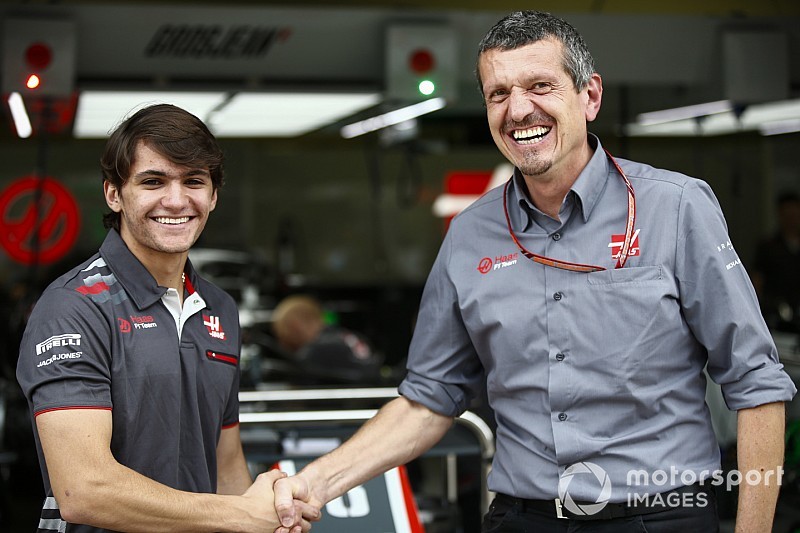 Twenty-two-year-old Fittipaldi, whose grandfather Emmo is a two-time F1 world champion, was named Haas’s F1 test driver during the Brazilian Grand Prix weekend. He will make his F1 debut in the Haas VF-18 in the upcoming Pirelli tyre test at Abu Dhabi later this month.

Steiner stated that Fittipaldi will play a key role in its testing plans and upgraded simulator programme in 2019, saying “on [F1 weekend] Fridays we can test set-ups and with aero developments we put them in first with Pietro. This is part of getting better and it takes time.

“You cannot do it all in the first year. Pietro wants to do this to get into F1, he needs to do testing for the correlation between the car and simulator, so it’s a genuine test role.”

“[Max] came along once with Pietro, when he was driving in Formula Renault 3.5 and so we said ‘when you win a championship you can come back’ – and he came back!

“Does the last name help? For sure it doesn't hurt, but it also puts pressure on to him. I don't try to get anything for the team because of his grandfather.

“If he is called Fittipaldi or, I don't know, Sanchez or whatever – I don't really care at this moment. He needs to add something us, an element to get the team better, and not us do better marketing-wise.

“It’s not about publicity, you know. Because, if I wanted that, I could have asked Emerson to do something for us – we can employ Emerson, he is available!” he quipped.

Steiner: Fittipaldi showed "he can do a good job" in F1