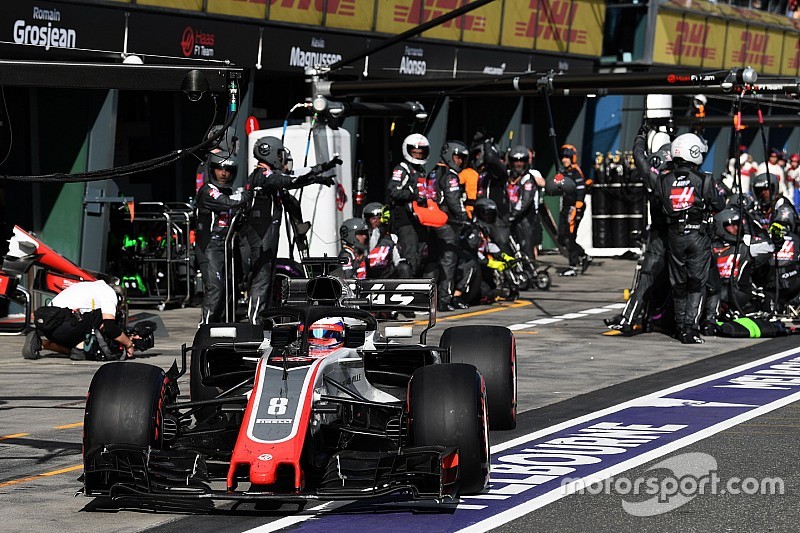 The Haas Formula 1 team has put "a lot of emphasis" on its pitstop preparation to prevent a repeat of its costly errors in last year's season-opening Australian Grand Prix.

Haas drivers Kevin Magnussen and Romain Grosjean were running fourth and fifth in Melbourne last year but retired from the race in quick succession following their initial pitstops.

The team responded by tweaking its pitstop crew and system for the next race but team boss Gunther Steiner has revealed that it conducted a lot of work over the winter to ensure it is fully prepared for this year's season opener.

"This year we've put a lot of emphasis on arriving there prepared. We brought a 2018 car to our car build in Italy so we could train every day and work on pitstops.

"We did the same in Barcelona, as the current car is not always available for pitstop practice when you test.

"Every day the whole crew practiced around 10 to 12 pitstops a day."

Haas finished the 2018 season fifth in the constructors' championship and regularly had the fourth-fastest car last year.

While it did not head the midfield in terms of lap time in pre-season testing at Barcelona, deeper analysis of its performance suggests Haas is the favourite to be fourth quickest in Australia.

It did suffer from a spate of small reliability problems that cost it mileage, but Grosjean said he was encouraged by the early performance of the VF-19, which he called a "very sexy" and "beautiful" car.

"The most important thing was to get a good feeling in the car early on," he said. "When you get that good feeling, you know the car is well born.

"That's important to start the season, to be able to start on a high. Reliability, we had a few issues, but we've been working well to sort them out.

"I believe we're now ready to attack the first race in Australia."

Honda packaging in Toro Rosso's car its "most complex" yet