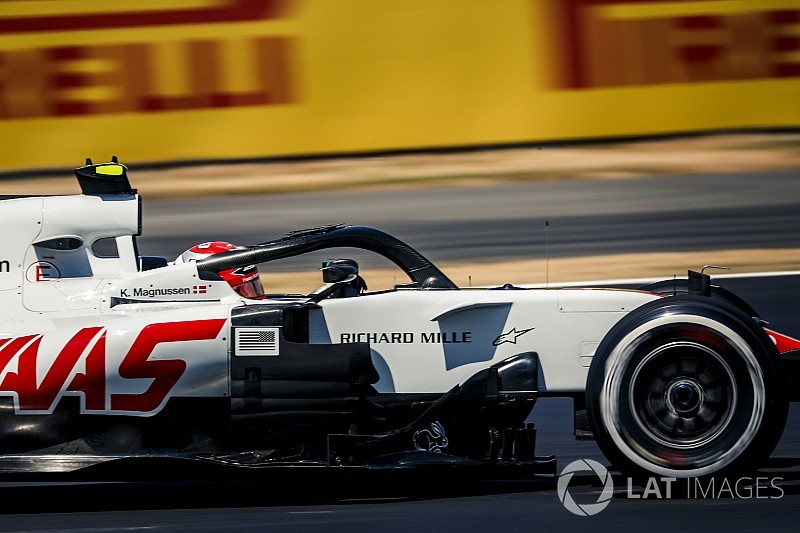 Haas says it is wary of pushing on with a big expansion of its team while 2021's rules remain uncertain, even though it knows such a move could fast-track its progress up the order.

The American outfit is chasing Renault for fourth place in the constructors' championship, and is only 19 points behind the French car manufacturer approaching the halfway stage of the campaign.

But although Haas is making a success of its small budget operation, team boss Gunther Steiner does not think it makes sense to go on a big recruitment drive just yet.

"Until we know exactly what is happening for 2021, we always grow but very slowly," Steiner said when asked by Motorsport.com about Haas' plans. "I'm not into quantity. I'd rather have quality.

"We're not investing another $20m or $30m, another 100 people, we're not going to do that. That would be unwise at this moment.

"We don't know what's happening in two years. If we do that now it could be only for one year. The earliest you can get something out of it is 2020, and you maybe have to change again because 2021 is coming.

"We will stay where we are, we can operate pretty well and we try to keep up."

Haas' impressive pace this year has surprised some, but Steiner says that the outfit had a sense of what was possible when its 2018 F1 challenger tested for the first time before the campaign.

"I think we got a feeling that the car was good in winter testing. Everybody got that feeling," he said. "It's difficult when you don't know what the others can come up with. We didn't know how good our upgrade would work.

"Everything seems to be coming together a lot better than seasons before. We have less points than we should have, but it's our own doing. It's a little bit unlucky but the majority is our own doing. We try to get some of this back by working hard."

While Steiner's reluctance to spend a fortune on becoming bigger may limit the team's chances of taking on the top outfits in the short term, the Italian's approach to F1 has been backed by driver Romain Grosjean.

With the French driver having committed to Haas for its debut season in 2016, he says that Steiner's attitude to the sport has been notable in the way that he has never over-promised.

"I tell you one thing, since I met Gunther Steiner everything he's told me about the future has happened," he said. "It's pretty impressive, to be fair. And there's more potential in the team.

"There are things we can improve by miles. I don't know if we were expecting to fight for fourth in the third year, but everything Gunther told me since I spoke to him in September 2015 has actually happened and that's quite impressive."

Why Leclerc is ready for Ferrari