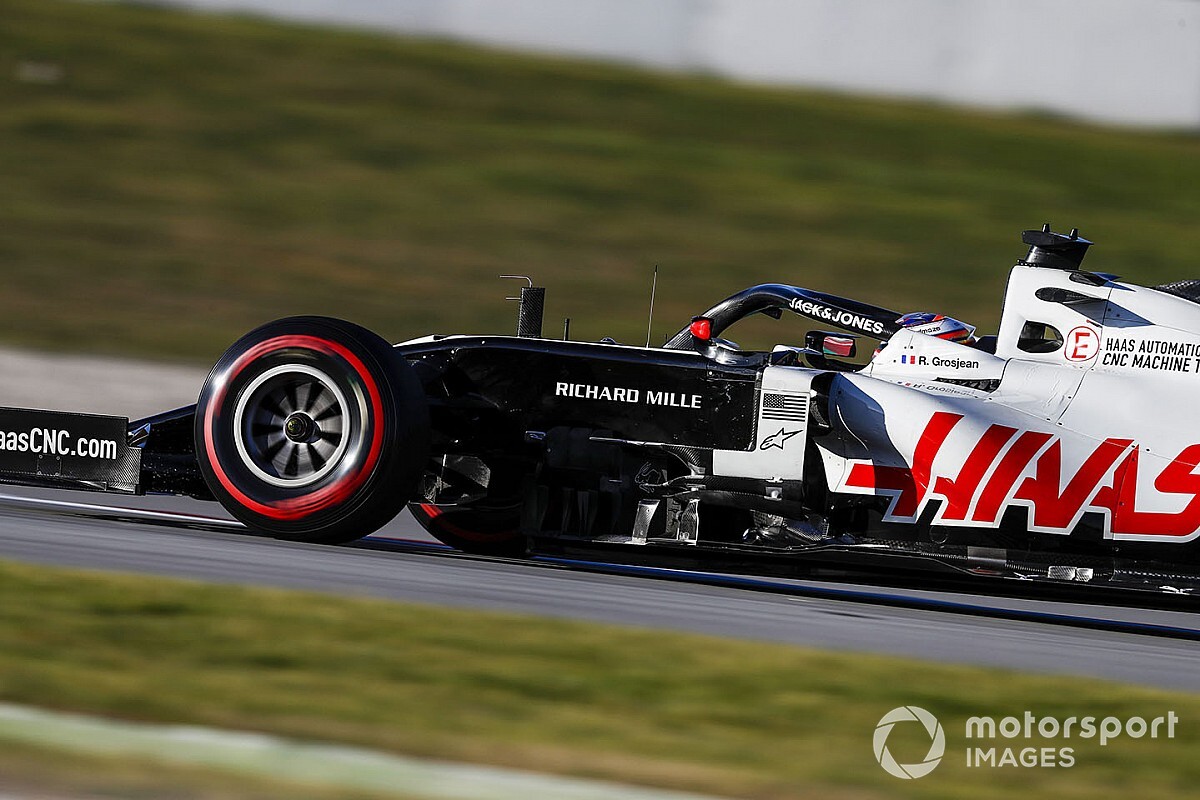 Haas boss Gunther Steiner says rumours about a potential sale of his outfit are being put out there to create a "storm in a teacup", as he insists there has been no change of ownership.

With all Formula 1 teams facing financial difficulties because of the coronavirus pandemic, and owner Gene Haas admitting to weighing up whether or not to commit to the sport after this year, there has been frequent speculation about a potential change of ownership for the Banbury-based outfit.

But speaking to media during a video teleconference, Steiner made it clear that Haas retains full ownership of the team and, if there was going to be a change, he suggested it would be done in a public manner like Williams did.

"I don't know where it comes from," said Steiner, when asked about rumours about Haas selling a stake in the outfit.

"I think it's now the third time that Gene has sold the team, or partly sold the team. I think this is all speculation. I think somebody is putting some rumours out there.

"We were [said to have been] sold to Saudi Arabia a year ago: we were already sold and the deal was done. But nobody ever spoke with Saudi Arabia.

With Williams have openly appointed financial advisers to oversee a potential sale, and McLaren also understood to be looking to sell a stake, Steiner said that if there was ever a time Haas looked to sell, then it would be done in a transparent way.

"When the time is right that he [Haas] wants to do it, we will communicate it," he said. "And I say we: that is Haas F1, and not everybody else having an opinion on who owns Haas and who is acquiring Haas and who is buying shares in Haas.

"If somebody wants to buy a team out there, I think Williams did a very good job in how they managed it. They put it on the market, said we are interested in something, speak with these and these people. I think that is how it should be done, and not speculation with no foundation.

"I think there are a lot of people that wish to buy an F1 team, and tell people that they're going to buy one. But they haven't done it, at least not with Haas."

While Haas has not yet committed to F1 beyond the end of this year, Steiner believes that the arrival of a cost cap and other budget saving measures should be good for convincing the team owner to stay.

"The budget cap, I think it's a good thing for the sport in general, even if it is not completely equal with everybody," added Steiner.

Steiner said that there was every indication Gene Haas was eager to remain in F1, despite admitting earlier this year that he was weighing up his options.

"At the moment his intention is to stay within the sport. But before it is signed, I cannot say this is what is going to happen. The team, just to remind everybody, is owned 100% by him and not anybody else, so he can make the decisions. We will go from there.

"I'm very positive about where we are now. We are getting through this difficult period with the coronavirus, pretty good in the moment, we are doing the right things. We live within our means and what we have got, and therefore I think Haas is here to stay."