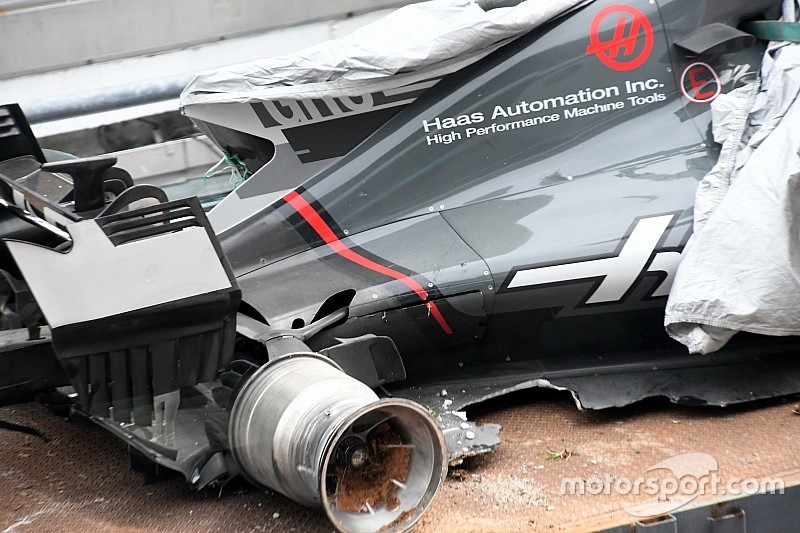 Grosjean struck a dislodged drain cover at 170mph, which sent him spinning into the barriers with a 17G impact and caused massive damage to the rear of his car.

At the time, Haas team boss Gunther Steiner suggested this had caused around £500,000 worth of damage and the process for receiving compensation from the Sepang circuit via an insurance claim began.

Steiner confirmed ahead of this weekend’s Russian Grand Prix that the matter is settled and the team received the money it requested.

The amount has not been disclosed, with Steiner saying the team sought “only enough to cover the damage, and we are happy with the final result”, but it is thought to be less than was initially suggested.

Steiner said the circuit had been “very professional” and accepted its responsibility.

“I can report that we settled,” Steiner said. “Their insurance was good to deal with, and we are happy.

“They were very professional and they stood up towards their responsibilities.

“We are not really surprised [by the time taken] to be honest, it’s been about a year now but it’s a strange case, probably the first of its kind.