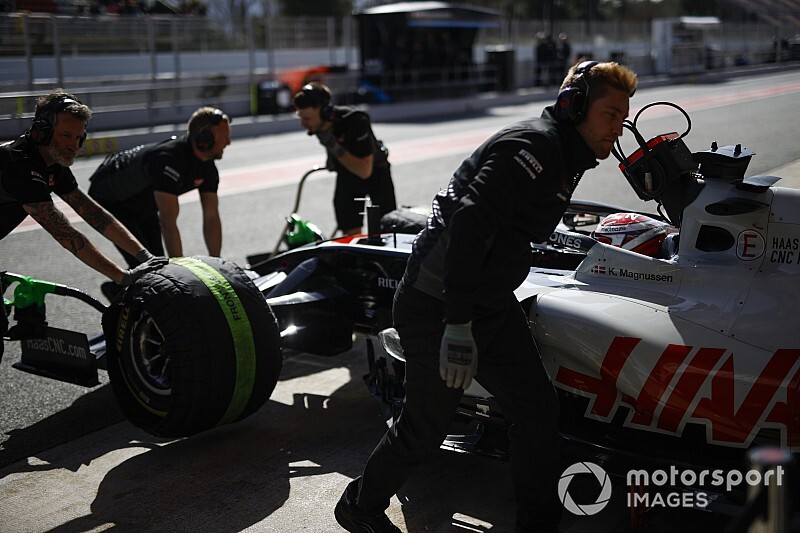 Two more Haas F1 Team personnel have been put into self-isolation at the Australian Grand Prix after being tested for coronavirus.

Just 24 hours after two of the American-owned outfit’s staff were put into quarantine after showing symptoms of the virus, the squad confirmed that two further team members were under evaluation after being flagged up on Thursday morning in Melbourne.

The new Haas staff numbers mean that there are currently five F1 paddock members being tested, with one other individual from McLaren also under scrutiny.

It is hoped that the results of the teams will be available by Thursday afternoon.

Team principal Gunther Steiner said: “We should get the results in the afternoon. Until then, I don’t know anything, I don’t want to speculate. I’m not a doctor. Hopefully they come back negative and we keep on going like we want to.”

Steiner said that there had been no discussion yet about what would happen if the tests came back positive.

“We’ll cross that bridge when we get to it, but I think we are just waiting to get the results,” he said. “I hope they are negative, but who knows.”

The Haas staff involved are three mechanics and one engineer, and there remains a chance that the team will have to shuffle its organisation around if they are unable to return to work immediately.

“Alternative plans are difficult because nobody can come here any more, not time-wise and not permit-wise,” said Steiner. “We need to come up with something. In racing you always find solutions, but first I want to have a problem before I find a solution.”

F1 now faces a nervous wait to find out the results of the tests, with Melbourne medical chiefs warning that if staff are found to have the virus then it is likely their teams will need to be put into quarantine.

Brett Sutton, the chief health officer of Victoria, told Melbourne radio station 1116 Sen, that he has pushed to fast track the tests.

“If they are all negative, and if everyone else who has got symptoms is negative and haven’t exposed other crew, then I can say that they can carry on,” he said. “But if there are positive crew and they’ve exposed a number of others then all of those contacts need to be in quarantine, and so it’ll be a question of whether they’ve got the operation staff to continue.

“I’ve spoken to my team about getting those test results as soon as possible. It’s really all contingent on that. If there are positive tests then I’ll be directly involved with the [Australian GP] CEO, with the organisers around what next steps need to be taken [and] what the implications are.”

Meanwhile, the wider sports world was rocked today when America’s NBA – one of the biggest leagues in the world – announced it was shutting down its 2019-20 basketball season after one of its players, Rudy Gobert of the Utah Jazz, tested positive for the virus.