Haas to go ahead with appeal over Italian GP disqualification

Haas has lodged its formal appeal with the FIA over the exclusion of Romain Grosjean’s car from the Italian Grand Prix, Motorsport.com has learned. 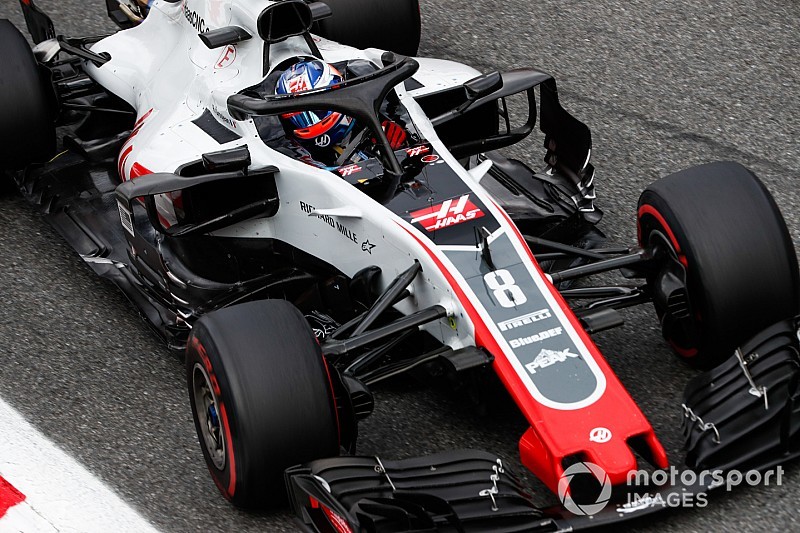 The American-owned outfit had until Thursday night to lodge its paperwork with motor racing's governing body, having made a notification of its intent to appeal on the Sunday night at Monza.

Although it is common for teams to withdraw their appeal plans before the 96 hours they have to officially put it in writing, Haas has followed through on its belief it should not have been excluded.

Grosjean was stripped of his sixth placed finish in Italy following a protest from the Renault team about the design of the floor he used.

An investigation by the stewards discovered that Grosjean's car did not comply with regulations that demanded the front corners of the T-tray of the floor have a 50mm radius when viewed from below.

The Haas car fell foul because an update that it had used since the Canadian GP did not comply with a new interpretation of the rules that had been laid down by the FIA in July.

The team was aware of the issue, but had asked the FIA for more time to make amendments to its car because modifications were difficult to implement during the Formula 1 summer shutdown.

Haas raced on with the design but Renault complained in Italy – shortly after Grosjean’s sixth place had moved his team ahead of the French car manufacturer in the constructors’ standings.

Team principal Gunther Steiner was clear after Grosjean’s disqualification that he felt the decision was wrong.

"We do not agree with the Stewards' decision to penalize our race team and we feel strongly that our sixth-place finish in the Italian Grand Prix should stand,” he said.

After its exclusion, Haas said it intended to appeal – and that has now been confirmed in writing to the FIA before the Thursday night deadline.

It is expected that confirmation of the appeal process, and the timing of any court hearing in Paris, will come next week.