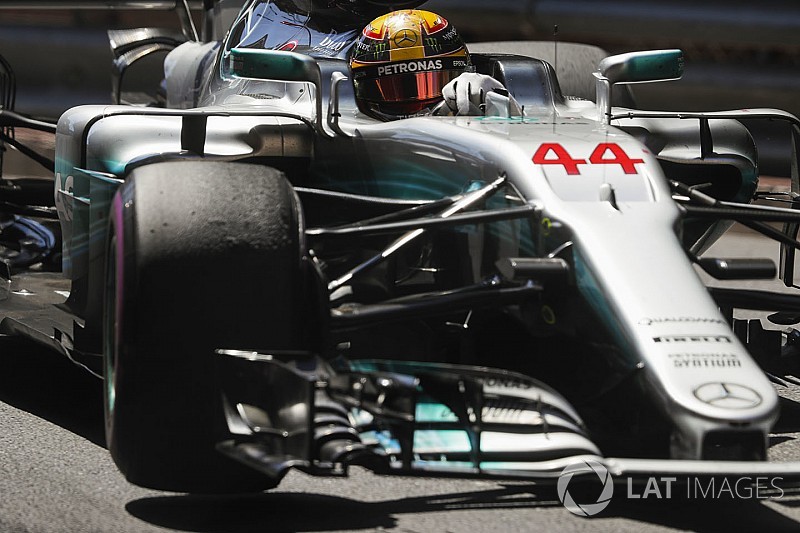 World champion Lewis Hamilton has described the 2017 Mercedes as “the toughest” to understand of all the Formula 1 cars he has driven during his grand prix career.

Hamilton broke Michael Schumacher’s F1 pole position record with the Mercedes W08, and won nine races in taking his fourth career title, but trailed chief rival Sebastian Vettel for most of the championship as Mercedes struggled to unlock the car’s potential consistently.

The W08 was hard on its tyres in the early part of the year, and particularly troublesome on Pirelli’s new ultrasoft compound, as well as retaining some of the weaknesses on low-speed circuits that were present in the preceding Mercedes of the V6 era.

When asked whether he’d a driven a car as difficult to understand as the W08 during his career, Hamilton replied: “This is the toughest one.

“Some of the issues we’ve had have been with us for years and we are only just realising we need to really do something.

“New car, being on a wider scale magnifies the issue, I think. A different tyre dynamic, it has been the hardest in that respect.

The car’s appetite for rear tyres in particular made it difficult to operate, and Hamilton said the drivers were often balancing on a knife’s edge between under and overdriving the car to extract its potential.

“Often to get that extra potential you have to overdrive a little bit, but it’s a fine balance of getting into that region,” Hamilton added.

“This year people have talked about us having the best car, and for sure it’s been good, but there are some fundamental issues with the car that I’m fighting to overcome.

“I feel like in those moments, I’ve been able to extract more than it was willing to do and that’s been positive.”

Hamilton won six of eight races from Silverstone to Austin to take control of the 2017 championship, a phase of the season where teammate Valtteri Bottas admitted he struggled to drive the car in a consistent way.

Hamilton feels his ability to “squeeze out those extra drops that no one else can get” is “where I feel my value is”.

“Often if you go the wrong [set-up] direction you don’t even get to the car’s potential - the car just won’t allow you to squeeze out the extra bit,” Hamilton explained.

“Understanding the car has really allowed me to get the potential, and a little bit more, so even in the races where we’ve struggled we’ve come out with more than we’d hoped.”

Tech gallery: How the Ferrari SF70H evolved throughout 2017

MotoGP on TV today – How can I watch the San Marino Grand Prix?