Hamilton admits to dilemma over staying in Formula 1 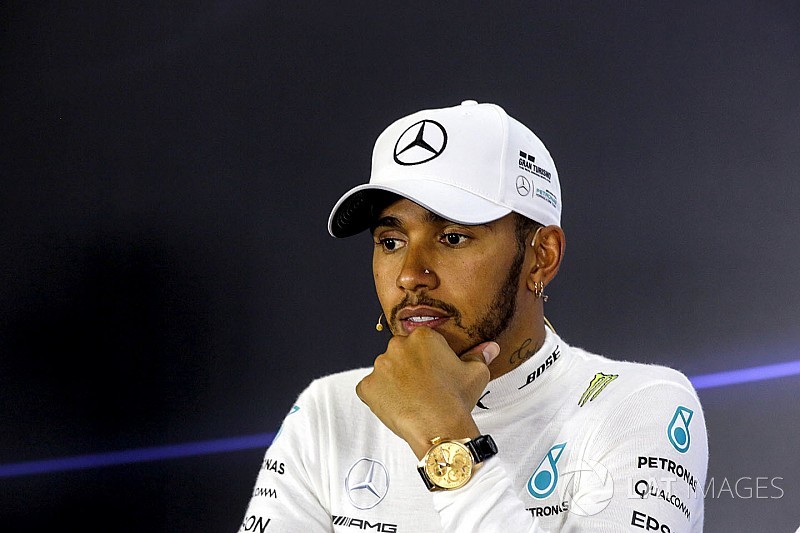 Lewis Hamilton has admitted he is battling a personal dilemma over his future in Formula 1, because he wants to continue but he doesn't want to keep missing out on other life experiences.

The world champion's contract with Mercedes runs out at the end of next season, and it is expected that discussions for a new two-year contract will begin over the next few weeks.

But while it is thought highly likely Hamilton and Mercedes will agree terms, the Briton confesses that part of him wants to start exploring other opportunities away from the race track.

"It's like the weather. It's about trying to find the balance," said Hamilton during an interview with selected media including Motorsport.com about his mindset regarding his future.

"I've currently got another year with the team and I do want to continue. But, I'm at that point where there's that question."

Hamilton is attracted to doing things with life well away from the race track, but is conflicted because he knows that if he does quit F1, he is going to miss it.

"You can't come back to F1. Whatever happens, you are gonna miss it. If it's next year, if it's five years from now, you're gonna miss it when you finish.

"There's a saying you stay as long as you can – I'm not quite sure about that exactly, but there is a lot of life left beyond it. There are things that I've missed in life.

"I was talking to my best friend the other day about things that I do envy or look forward to, like living in one place, getting a routine, that's my gym, I have game night with my friends here, my family.

"Each year I stay in the sport, I delay those things. But from 40 onwards there's so much time for it."

Hamilton said that not missing out on other things he wants to do in life was brought in to reality by the recent death of an aunt.

"My auntie died from cancer and on her last day she said, 'I've worked every day with the plan of stopping one day and doing all these different things, and then I ran out of time.' So I'm battling with that in my mind.

"So I do live my life day-by-day and try to live it to the maximum. So that's what I'm fighting with – I want to keep racing but there are these other things I want to do. I want my cake and I want to eat it. I just want to make sure I choose the right time, but I think I will."

Hamilton says that he has no interests in a political career, but says there are many cultural things he wants to get involved in.

"I think I am a big part of the culture I bring to F1, where I'm from. Appreciating that more in other locations. Admiring that… The charity stuff I've done before, but I'm really starting to focus on the future as my time comes to an end in F1, putting things in place for that part of my future."

He added: "I have discovered these other strengths and qualities and I don't mind going to start in a company at the bottom and working my way up, if that's what I end up doing.

"I don't mind doing an internship. I'm excited about learning new crafts. It's exciting, it's risky and I like the idea of that. It's different if you're worrying about pension and you don't have the financial stability. So that helps. It's just because it's exciting. What am I going to do?"