Hamilton and Rosberg work together to keep ahead of Ferrari 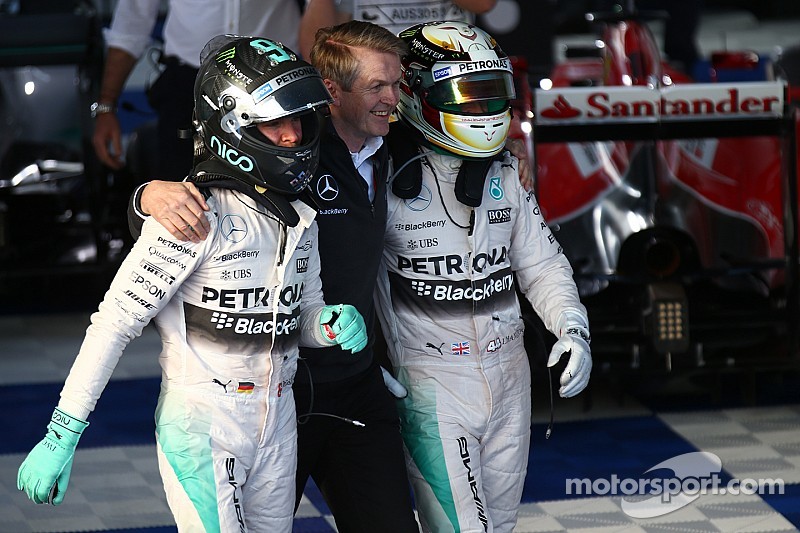 Mercedes drivers Lewis Hamilton and Nico Rosberg joined forces at Mercedes' Brackley factory last week to ensure they stay ahead of Ferrari in China this weekend.

Sebastian Vettel's Sepang win – the first for Ferrari in almost two years – was a shock to the previously-dominant reigning champions.

It prompted a rare factory get-together involving both Lewis Hamilton and Nico Rosberg last Thursday, which was confirmed by Rosberg on Twitter.

"This time we were all there," said team chairman Niki Lauda. "We analysed the (Malaysia) race as one big group and now we are well equipped for China.

"We need to all pull on the same rope against Ferrari and Vettel, and have no fighting within the team."