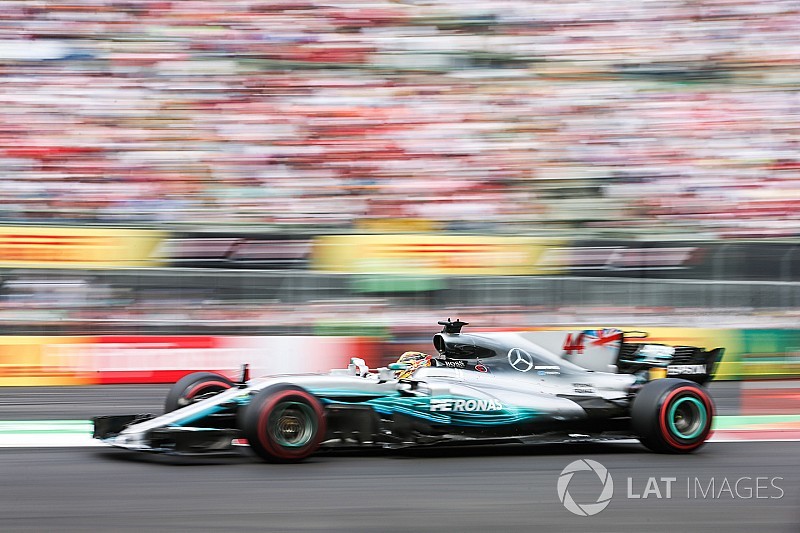 Hamilton captured the 2017 crown in Mexico at the weekend, after his main rival Sebastian Vettel failed to score the points needed to keep the battle alive following an opening lap collision.

Having performed so consistently this season, and not making any major mistakes on the way to taking the title with two races to go, former Mercedes chief Lowe is in no doubt that Hamilton drove at another level this year.

"From the outside it looked to me like his best season ever," said Lowe, who is now technical chief at Williams.

"He drove really well every race, whether good day or bad day, and he was always in there getting the points. He is a really, really worthy champion.

"I have been saying it for a while, but I think he passed a number of waypoints on records this year, and with a fourth championship he is not done yet: he is one of the sport's all-time greats."

Lowe said that it was not Hamilton's speed that had been so impressive, but that he was so supremely consistent in bringing the best out of himself whenever he was in the car.

"Lewis has been much more consistent – not that he was inconsistent before – but he has shown his highest level of consistency this year of all the years he has been driving in the sport," he said.

"That has paid dividends to him to take this championship."

When asked if a better atmosphere inside Mercedes following the departure of Nico Rosberg had helped, Lowe said: "I don't want to read into his mind – all I know is that he lost the championship last year and that must have been quite annoying.

"So he probably took that onboard and decided to learn from it."

Lowe said that it was hard to state exactly where Hamilton lined up among the greats, but he believed that his exciting style marked him out as a clear fan favourite.

"It is not only that Lewis produces results. Before, even when he only got one world championship, he was still an incredibly exciting driver for the sport – arguably the most popular driver for the fan base.

"I think it is because of the style with which he qualifies and races with, it is always very exciting.

"His race craft is probably unparalleled. It would have been great to see him race against the likes of [Ayrton] Senna.

"Michael [Schumacher] achieved fantastic records but his race craft was not one of his greatest strengths, for example. Why people love Lewis is they love the way he races."