Lewis Hamilton will be without his regular Mercedes Formula 1 race engineer Peter Bonnington for the Mexican and United States Grands Prix. 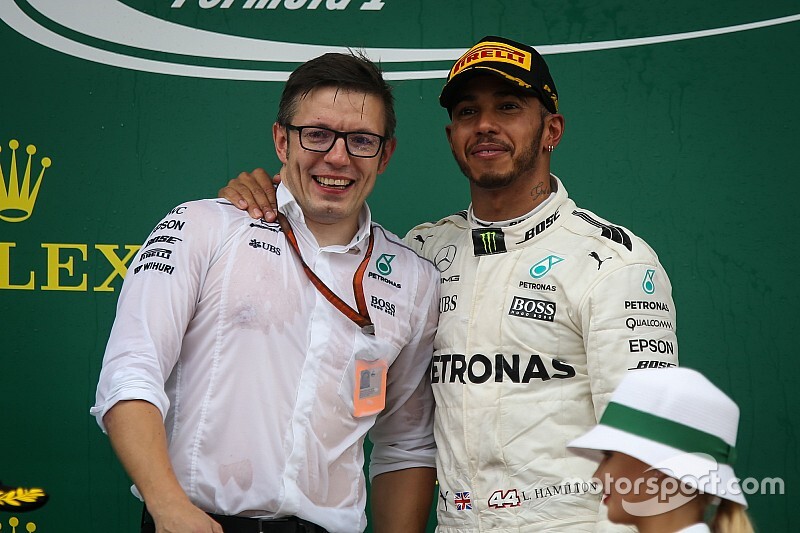 Bonnington is not present in Mexico City as he has stayed at home in the United Kingdom to undergo a personal medical procedure.

He will miss next weekend’s United States GP as well, but Mercedes hopes can return for the Brazilian Grand Prix in mid-November.

In Bonnington’s absence, his role will be taken over by Hamilton’s regular performance engineer Marcus Dudley.

Dom Riefstahl, who usually heads up Mercedes’ race support team at the factory, is present in Mexico as Hamilton’s performance engineer.

Bonnington has engineered Hamilton to all four of his F1 titles with Mercedes as the two have worked together since Hamilton joined the team in 2013.

The two have struck up a strong rapport, and their regular radio exchanges have made ‘Bono’ arguably the most recognisable behind-the-scenes voice in F1.

Hamilton has the chance to wrap up his sixth drivers’ title in Mexico this weekend.

However, he needs to outscore teammate Valtteri Bottas by 14 points to do so, which makes clinching the championship at next weekend’s race in Austin more likely instead.