© 2021 Motorsport Network. All rights reserved.
TV Buy tickets Store
Previous / The plane journey that convinced Ferrari on Leclerc Next / Why F1 fears the changes that can save it
Formula 1 / Breaking news

Lewis Hamilton believes his partnership with Mercedes teammate Valtteri Bottas is probably the greatest that has existed in Formula 1. 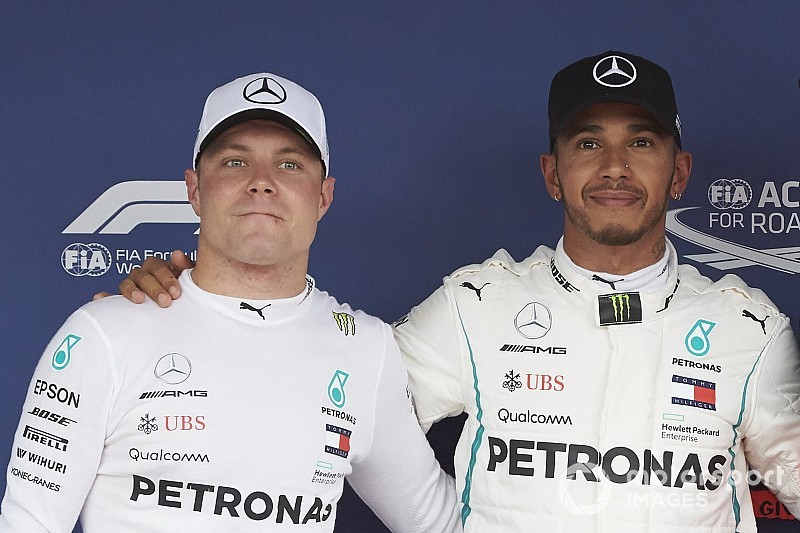 Hamilton has won two world titles since Bottas joined Mercedes in 2017 from Williams to replace Nico Rosberg, with whom Hamilton developed an acrimonious relationship during their exclusive title fights from 2014-2016.

Bottas has pushed Hamilton closely in the first half of each season, although struggled to match his teammate in the second half.

However, the Mercedes pair have won 21 races between them in two seasons and have put the Silver Arrows on the brink of a fifth straight constructors’ title.

Asked for his thoughts on Bottas’s role in a fifth drivers’ title, Hamilton said: “We have such a huge respect for each other.

"I see how hard he works, he sees how hard I work, we don't play games in between to try to throw off the [other] guy.

“In actual fact, we work together. There are times where I’ve figured something out in my set-up and I’ll tell him, and there are times that I can talk to him.

“It’s the greatest partnership in terms of respect and teamwork from drivers that I’m sure has ever existed in Formula 1 probably.

“This year definitely there have been times when he has been fundamental in us winning races.”

While Bottas has been pitched in a number-two role late this season to aid Hamilton's title push, Hamilton said he would play the same role himself if he was the second driver in a similar scenario as “ultimately the team don’t care which driver wins”.

Bottas is winless in 2018 after a variety of setbacks, with at least two nailed-on victories lost thanks to a late puncture in Azerbaijan and moving aside for Hamilton in Russia.

“This year, he started out really strong and then he had some really difficult races,” said Hamilton.

“I think Baku, for example, was a huge hit for him. He deserved that win and then he got that tyre blow up.

“I’m very, very grateful to him as a teammate and for the help that he has given me in achieving this incredible dream, so a big, big thank you to him.” 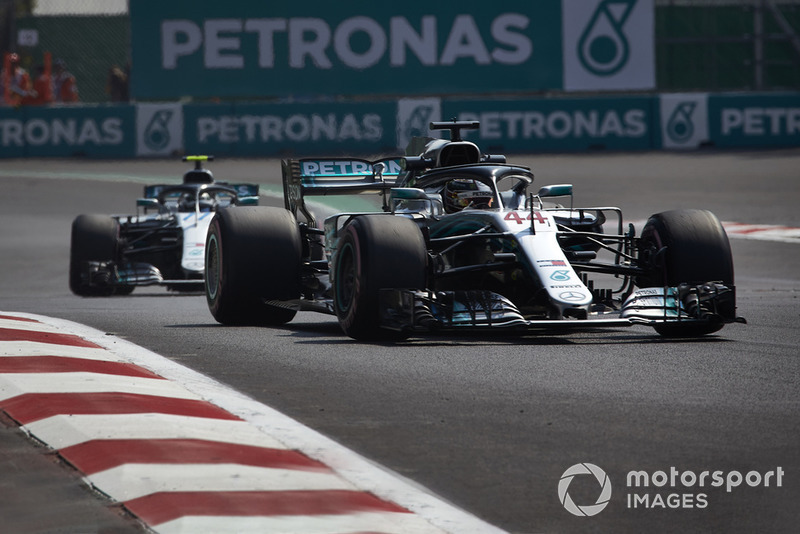