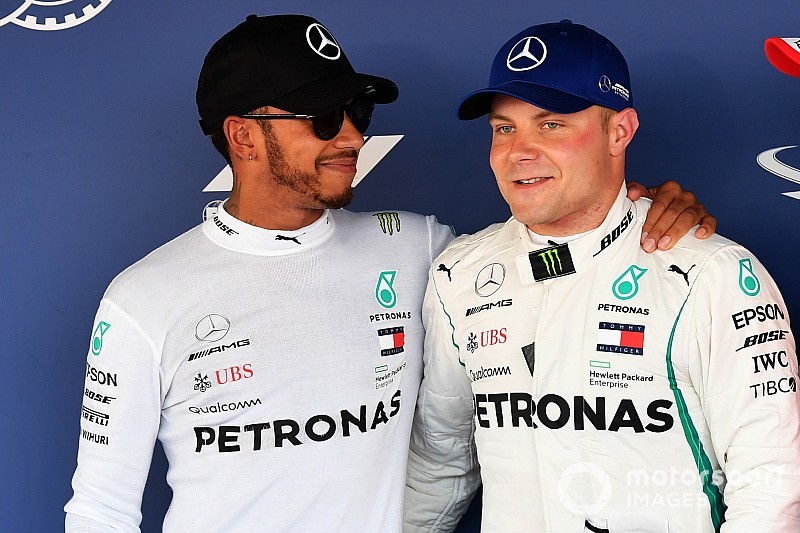 Hamilton had shadowed Mercedes teammate Valtteri Bottas in the early stages of the race, but the pair were asked to swap positions after the pitstops amid concerns that Hamilton could be exposed to title rival Sebastian Vettel.

With Mercedes not interested in re-swapping the places late on, it meant Hamilton finished ahead of Bottas to extend his title advantage over Vettel to 50 points.

Speaking after the race, Hamilton admitted that it had been a tough event for Mercedes.

“It is actually quite a difficult day because Valtteri did a fantastic job all weekend and was a real gentleman to let me by,” said Hamilton.

“Obviously he is now not fighting for the championship and it has been such a great weekend for the team.

“The team did such an exceptional job to have this advantage on Ferrari and have a 1-2, and usually we would be elated.

“But I can understand how difficult it was for Valtteri today and he deserved to win. But championship-wise, as a team, we are trying to win both championships, and I think today was a real team effort.

“While it doesn’t feel spectacular, I know he is going to do great in the following races to come.”

Bottas clearly looked deflated after the race, with team boss Toto Wolff having told him over team radio following the chequered flag that the team orders matter would be discussed later.

Asked for his feelings, Bottas said: “A difficult day. Obviously a good result for us as a team. We got maximum points, but personally as everyone says, quite a difficult race.”

Pushed about the pre-race discussions about team orders, Bottas said: “For sure we always go through all the scenarios and all the facts.