Lewis Hamilton believes that current Formula 1 is not physically challenging enough, and hopes that it will be made harder by rules changes for 2021. 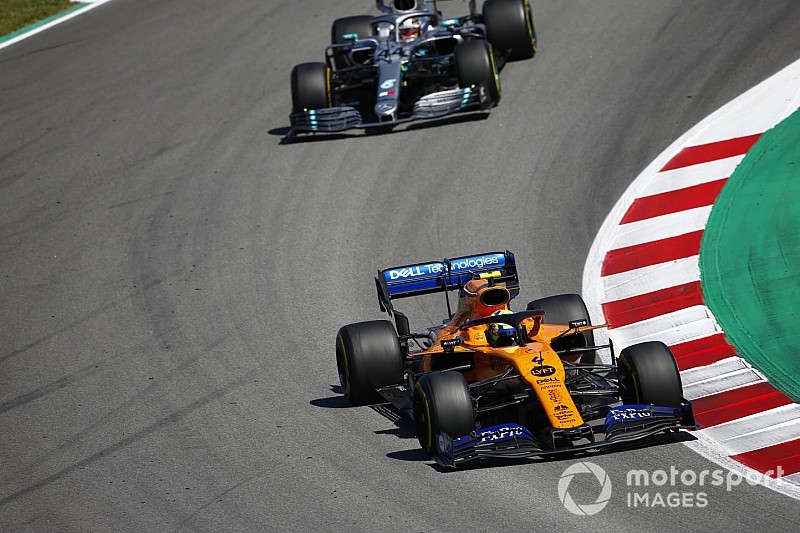 Hamilton noted that an 18-year-old should not be able to jump in a modern F1 car without problems, a sentiment that was echoed last week by Martin Brundle in a column that the commentator and former driver wrote for Sky F1.

McLaren racer Lando Norris, at 19 years of age, has become the third-youngest driver to start an F1 grand prix this year, behind the likes of Max Verstappen and Lance Stroll, who both joined the grid within the last few years.

Hamilton made his comments in response to a question about how often F1 drivers are drug tested, pointing out that unlike participants in other sports, they would have little to gain by breaking the rules.

“Drug testing is random, it can be up to three times a year maybe, sometimes it’s less,” he said. “There used to be a point where there was potentially quite a bit out of season, away from the track, back home, hotels.

“This is not a sport where you need to do anything, it’s not like cyclists for example, that need more blood flowing through the heart, or more oxygen. We’re not fatiguing. Honestly, the cars are not hard enough to drive, they should be more physical.

“I think in 2021 they need to get rid of [certain driver aids] - not having as much power steering, for example. You should be physically, massively depleted afterwards. I think that’s how a sport should be.”

Hamilton pointed out that F1 should be as tough as other sports top-level sports, which require substantial physical exertions from competitors.

“Tennis players are finished at the end of a game, especially if they’ve been on four hours. Cyclists, they must be dead after the Tour de France, for example. I feel that’s what’s this should be about.

“But it’s less so about that physical side these days, that’s why we see an 18-year-old can come in, no problems. That should not be the case.

"The point is that none of us cheating, there’s no point in doing anything to enhance our bodies, it’s just training normally and being healthy.”