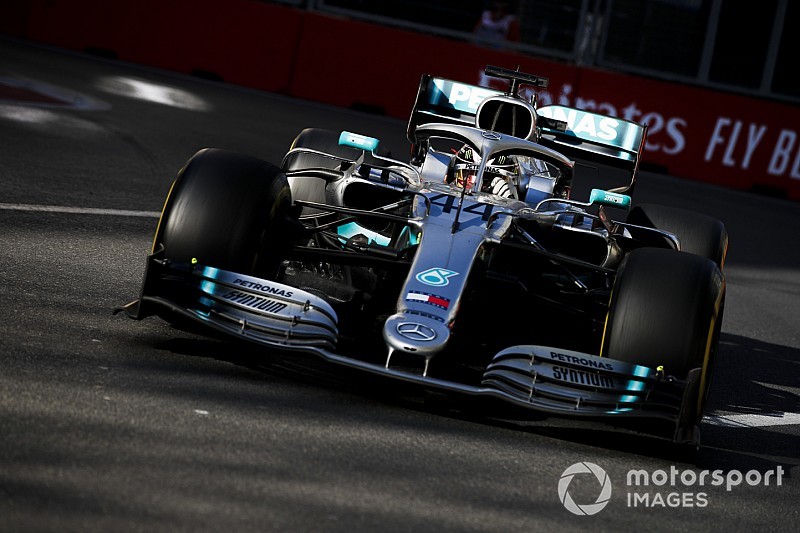 Hamilton was beaten to pole by Bottas, and after making a good start narrowly failed to get past as the pair battled through the first few corners. That left him in the second place that he held to the chequered flag.

The two Mercedes drivers have both scored two wins and two second places in the four races held thus far in 2019, but Bottas’s fastest lap point from the Australian GP has left him ahead in the world championship battle.

Hamilton said he was proud of what Mercedes had achieved over the first four races.

“On the one hand I’m really, really happy for the team, incredibly proud of everyone,” he said. “We really did come here, as it has been for the first four races, and we didn’t really know where we stood.

"We work as hard as we can, we try to deliver the best we can on the weekends. They’ve been incredible for us.

“Ultimately I think collectively as a team we are really operating in the high end of the 90th percentile. And I think those couple of percentage differences between us as a team and Ferrari, who had a very good car this weekend.

"I think they struggled a little bit more in the race pace than us with tyres – but [their] qualifying pace and form all weekend were very strong.

“In terms of finishing second, you know me, I never like to finish second, but you win some, you lose some. I look at this weekend as [one where] we had a car to have won the race. There were signs of opportunities to have won it, and to have been quicker, but I didn’t deliver perfectly in all the areas that I should have.

“I go away for sure, I don’t take it easy and lightly, I’ll be working hard tomorrow and making sure I bring my head again back strong for the next race.”

“Definitely [it] is tightening up," he said. "The margins appear smaller than they were last year. Last year I think they were pretty tight as well on most occasions.

“But yeah, you want it to be the toughest battle. Then when you do achieve your goals, or reach your goals, then it’s even more satisfying. Not that you always do, like this weekend I didn’t. I go away still with a certain feeling, and I’ll harness it.”

Five things we learned from the Azerbaijan Grand Prix