Hamilton predicts F1 will keep DRS "for a while" yet

Five-time world champion Lewis Hamilton believes Formula 1’s drag reduction system will be part of the championship “for a while”, even after the major rules shake-up in 2021. 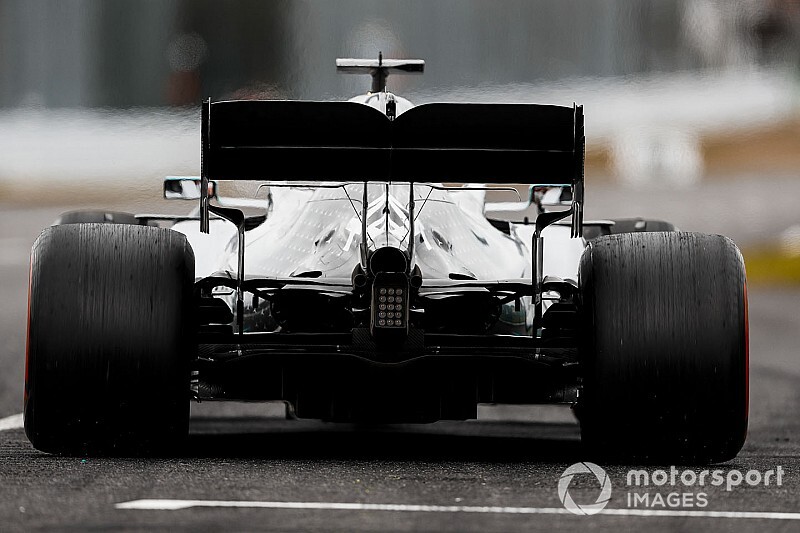 The DRS was introduced into F1 in 2011, giving drivers the opportunity to open a flap on the rear wing and boost straightline speed if they are within a second of the car in front during a grand prix.

It became part of F1 to combat the impact the cars’ increasing downforce levels had on the quality of racing, and the overtaking aid has since been adopted by other categories like the DTM.

F1’s work on the technical regulations for 2021 has included extensive research into making the cars easier to follow, but it had already been suggested that the DRS would be retained.

“It will be a part of Formula 1 for a while, probably,” said Hamilton. “I don't know if they're going to keep in 2021, I would imagine they would.

“Those wings are going to be quite a bit bigger, and hopefully following is going to be better, so maybe they won't need it then.

“Now it's just, some of the overtakes, you're overtaking halfway down the straight. Of course it's not as exciting because you want to be doing it in the corner, launching it up the inside of another car.

“But it doesn't bother me. You still have to try and get in the position to be able to utilise it.”

This weekend’s Japanese Grand Prix is a rare example of a circuit only having one DRS zone, with two or three the most common, to maximise overtaking opportunities.

Hamilton believes a second zone should have been added at Suzuka, which has a very long back straight between Spoon Curve and 130R.

“I’ve noticed they’ve not put the double-DRS this weekend, which I don’t think is a good idea,” said Hamilton. “We should have double DRS because hopefully that should help.

“At the moment every race you go to, each weekend there’s a certain distance or advantage you have to have on the car ahead to have an opportunity to overtake.

“Sometimes it’s like two seconds, sometimes it’s eight tenths of a second. Here it’s over a second and a half you have to have on the car ahead. It’s quite a big delta. That’s why we don’t see a lot of overtaking.

"With an extra DRS section that [delta] shortens that a bit, so they need to add that.”

Vettel: "Not fair" to say whether Leclerc is toughest teammate