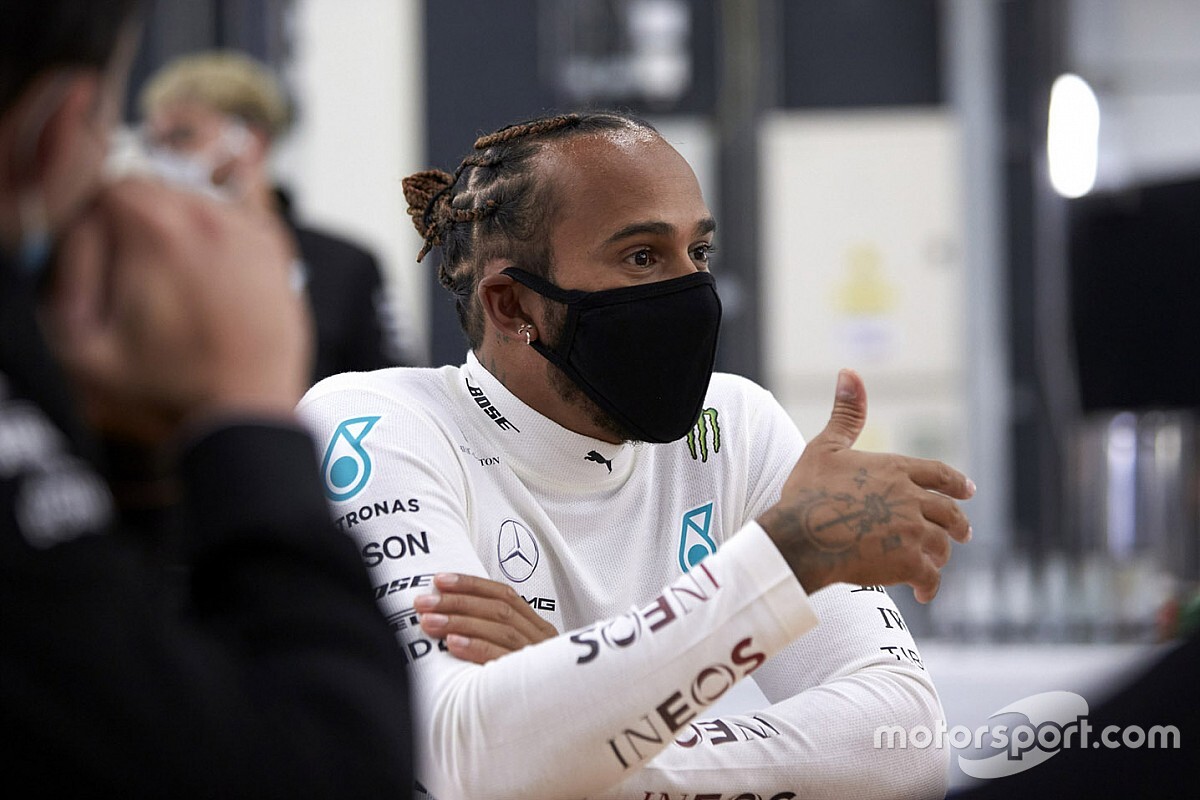 Lewis Hamilton says he was not targeting his fellow Formula 1 drivers in his criticism of people "staying silent" over racial injustice, but speaking about motorsport as a whole.

Amid ongoing activism around the world against racism and racial injustice in the wake of the killing of George Floyd in May, Hamilton - the only black driver in F1 history - has been vocal in a push for change within the industry.

Hamilton wrote on Instagram at the end of May that he saw "those of you who are staying silent" and described F1 as "a white dominated sport", leading the call for greater diversity.

Hamilton's comments prompted a number of other drivers to post their own messages condemning racism, while a number of campaigns within F1 to effect change have been launched in recent weeks.

Speaking in a video as part of a new Daimler citizenship campaign, Hamilton clarified that he was calling on motorsport as a whole to speak up against injustice - not specifically his fellow drivers.

"Ultimately, people perceived it as that I was targeting drivers," Hamilton said. "I really wasn't. It was targeted at the whole industry. It's been something I've been aware of for a long, long time, and not really seen anyone do anything about it.

"In today's world where we all have a platform to be able to utilise our voice, we all have these followers, our voices are very powerful.

"If you're not a part of trying to encourage people to get out there and understand what this situation is, and why we're in this situation, then for me, that's frustrating.

"People being silent is something I've experienced for such a long time, and it's not the time to be silent. This is a time to help spread the message, to pull together. We need as many voices as we can to promote push for change.

"We all need to do more. That was really what the message was about."

Mercedes confirmed on Monday that it would be changing to a black-based livery for the entire 2020 season as part of its anti-racism campaign.

The team has also launched a new scheme to improve diversity within its team after revealing just 3% of its workforce belonged to an ethnic minority group.

Hamilton has also launched a new commission to try and improve diversity throughout the industry, targeting areas such as STEM subjects to make opportunities more accessible to those from minority backgrounds.

"It is a very expensive sport, and I think that's definitely an underlying factor," Hamilton said.

"There are so many great jobs and opportunities within our sport, but there is the opportunity is not the same for minorities to get through.

"That's why I put together this commission to try to see and understand why that is the case: why there are not these intelligent minorities, why are they not coming through? Why are they not finishing university?

"You can't change what you don't know, and I think that's the issue. I think a lot of people have opinions for why there are no other black drivers or why there are not many people of colour within our sport, but no-one truly knows what are the root cause is.

"That is what the goal is of this commission that I'm trying to put together, which is a lot of work, but I really, really hope it can have a real positive change."