Hamilton: No regrets if I never drive for "different" Ferrari 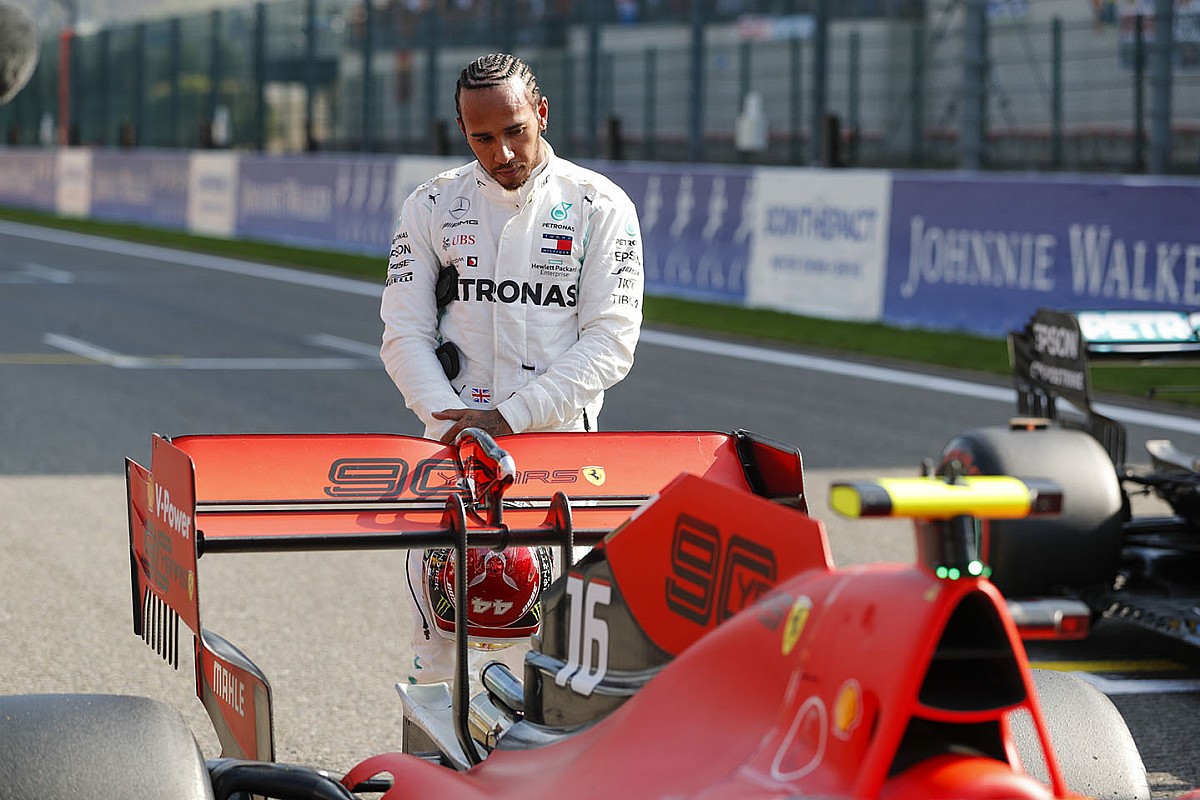 Mercedes driver Lewis Hamilton believes he can be “100 percent” satisfied with his Formula 1 career even if he never ends up competing for Ferrari.

Five-time world champion Hamilton, who joined his current Mercedes team from McLaren in 2013, has a deal with the German manufacturer that runs through 2020.

Yet despite his record of success with Mercedes, Hamilton has at various points in the recent years been linked with a potential Ferrari switch, and team boss Toto Wolff admitted the Scuderia had come up during negotiations for Hamilton’s latest contract – while also acknowledging that driving for Ferrari is something “probably every driver” wants.

But when asked ahead of the Italian Grand Prix whether he would truly consider his F1 career complete if he’d retired without having raced for Ferrari, Hamilton said: “I think so.

“You've got to think that, when you're part of Mercedes, you're part of a family for life. So, 100 percent, could finish here and be content. And I'd get to drive Ferraris on the road.

“Will I be upset that I've not driven a Ferrari? I don't think you can dwell on things that you don't know, really. I love the colour [of the car], you see the passion of the crowd, of the team when they're down below the podium, it's different to any other place.

“But some things are meant to be, and I don't know if that's in the plan for my future. Time will tell.”

Hamilton said he appreciated that Mercedes is loyal to its drivers, and that “you’re part of the history, and they look after you for the rest of your life”.

But while he suggested he currently had no plans to leave, he stressed that Ferrari “potentially could be an option” should he at some point feel the need to make a change.

Hamilton’s past Italian GP successes have received a mixed reception from the Ferrari-supporting local fans, but the world champion believes his standing with the tifosi has improved as of late.

“In actual fact when I now come a lot of Ferrari fans ask me to come to Ferrari, and I get a lot of messages from Ferrari fans who say ‘I’m a Ferrari fan but I respect you’. I think it’s growing slowly, but by bit.

“It will never be the same as if I was driving for the Ferrari team. Nonetheless, bit by bit it’s shifting.

“I think Ferrari, they've not had a championship since 2007 so there's that yearning that all fans have of seeing their favourite team succeed, and I'm sure it's related to the fact that I've won the championship for the last few years perhaps.

“But they've got two great drivers there now [in Sebastian Vettel and Charles Leclerc], I'm sure they're happy with the new young star they've got coming up [Leclerc] and I'm super excited to see how he progresses.”