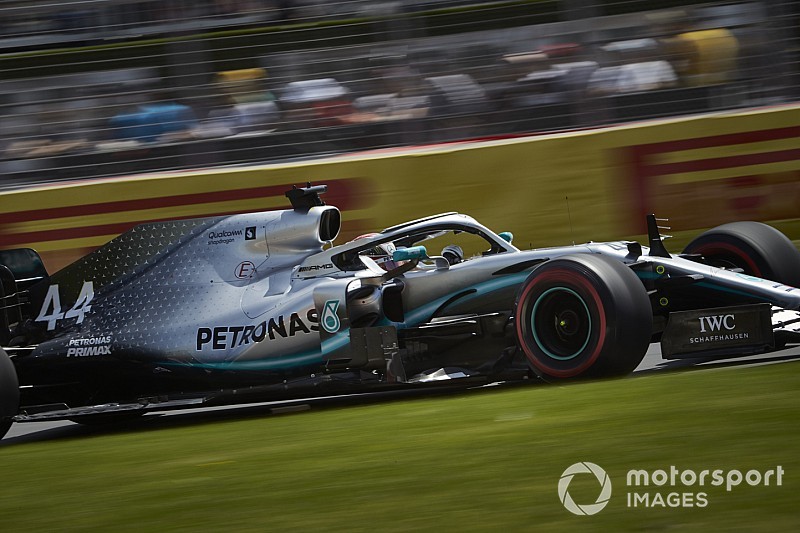 Mercedes has won all seven races so far this season and Hamilton has taken five of those victories, with the most recent coming in controversial circumstances last weekend in Canada.

Sebastian Vettel's lost victory in Montreal left the lead Ferrari driver 62 points adrift of Hamilton, who is adamant Mercedes has a clear engine deficit to overcome.

"They were so quick on the straights," he said. "They definitely have another power mode that we currently don't have.

"So, all of a sudden they turn up the power and he pulls away massively on the straight, even if I have DRS open."

Hamilton said his statement is "not an assumption" because the evidence was there in qualifying in Canada, where Mercedes felt it was losing as much as six tenths on the straights.

Vettel was told to go to 'Engine Mode 1' when he was chasing more performance during the Canadian GP.

"In the race I know all of a sudden they pick up a lot of pace on the straights [as well] but that's the name of the game," added Hamilton. "They've clearly done a great job with their power unit.

"There used to be a point where Mercedes was ahead in that area by a good chunk. We've got work to do there. They are ahead of us at the moment there."

Hamilton said he was pleased that he had not "left anything on the table" after pressuring Vettel into the error that ultimately cost the German driver the win, because of the five-second penalty he picked up when rejoining unsafely.

"I like to think that I conducted myself in the right manner, and the guys worked so hard collectively and we came out with a good result," said Hamilton.

"We've got work to do. We've seen how quick the Ferraris were [in Canada], they were right there in the last race [Monaco] as well, so it will be interesting to see how it plays out.

"They're quicker than us on the straights, they have another level of engine mode that they can go to, particularly in qualifying and also in the race. So we've definitely got work to do, but at least we've got a good fight."