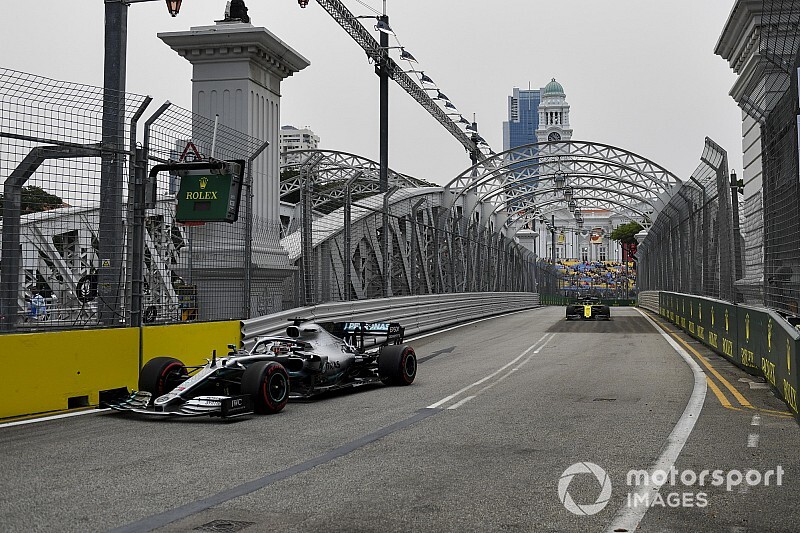 Lewis Hamilton’s Mercedes team has been fined by the Singapore Grand Prix stewards after the world champion’s outfit was found to be in breach of Formula 1’s technical regulations.

A notification from F1 technical delegate Jo Bauer after the opening free practice session said that the fuel that Hamilton planned to use was cooler than is allowed under the rules.

The notification said: “The temperature of the fuel intended for immediate use in car number 44, measured at 17:44 with FIA approved and sealed sensor, was more than eleven degrees centigrade (20.3 °C) below the ambient temperature recorded by the FIA appointed weather service provider one hour before the first free practice session (32 °C), this not being in compliance with Article 6.5.2 of the 2019 Formula One Technical Regulations."

Cooler fuel delivers a performance benefit in terms of power and density, and the FIA has long had a limit of how low the fuel can be taken in a bid to try to stop teams taking things to extremes.

The stewards' verdict said a Mercedes representative explained the breach as the result of an "error in setting the temperature".

Mercedes was thus assessed a fine of 5,000 Euro, the same amount as what was imposed on Alfa Romeo for a similar offence during the Austrian Grand Prix.

Why Ferrari would be mad to shun Hulkenberg again