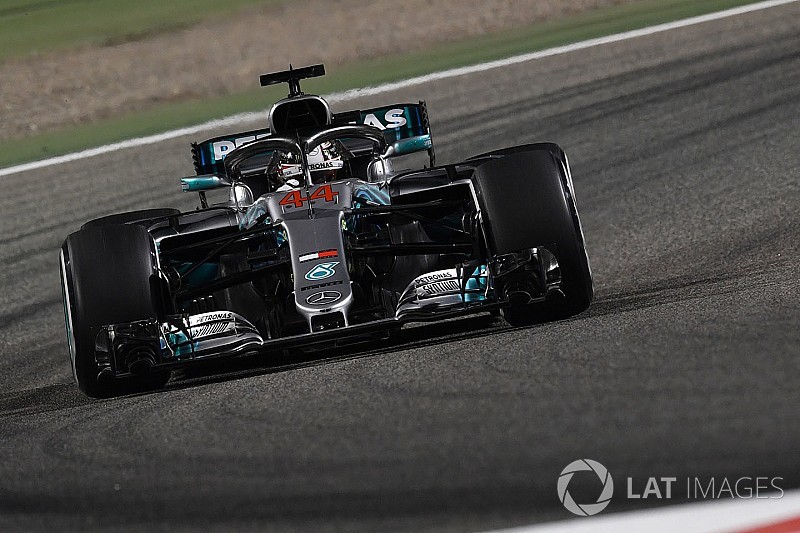 Lewis Hamilton is set for a five-place grid penalty at the Bahrain Grand Prix as the result of a gearbox change.

The FIA revealed on Friday night that Hamilton's car would be fitted with a new gearbox from Saturday's free practice session.

With this change coming before the mandatory six events are up, it means Hamilton will be moved down the order.

Teammate Valtteri Bottas is also having a new gearbox fitted, but as he already had a gearbox change penalty in Australia following his qualifying crash, he is allowed a free change for this weekend's race.

A Mercedes insider confirmed that Hamilton's gearbox had suffered a hydraulic leak during the race in Australia. It was only when it was inspected  in the Bahrain paddock this week, under FIA supervision, that bearing damage was discovered.

The team has decided that it would have been too risky to use the gearbox again.

Bottas's change is a routine one that every team is allowed to make after it has replaced a damaged gearbox at the previous event.

Hamilton had come into the Bahrain weekend eager to make up for the defeat at the Australian Grand Prix, when Sebastian Vettel was able to beat him thanks to a well-timed pitstop under virtual safety car conditions.

But after a Friday when it appeared that Ferrari had the edge in pace terms, news of the gearbox penalty will leave the world champion facing an even bigger challenge to not lose more ground in the championship standings.

Mercedes technical director James Allison admitted after practice that the team was not as comfortable with its performance as it had been at the Melbourne season opener.

"Although we were untroubled by any reliability issues, and we ran through our programme as expected, it wasn't our best day from a performance point of view," he said.

"We've got more to do overnight and in the session tomorrow to give us a car that will allow us to have a good fight in qualifying and on Sunday. The base is okay but we have not yet found the sort of edge that we had in Melbourne."