Hamilton hopes ‘something positive’ comes up for Vettel in 2021 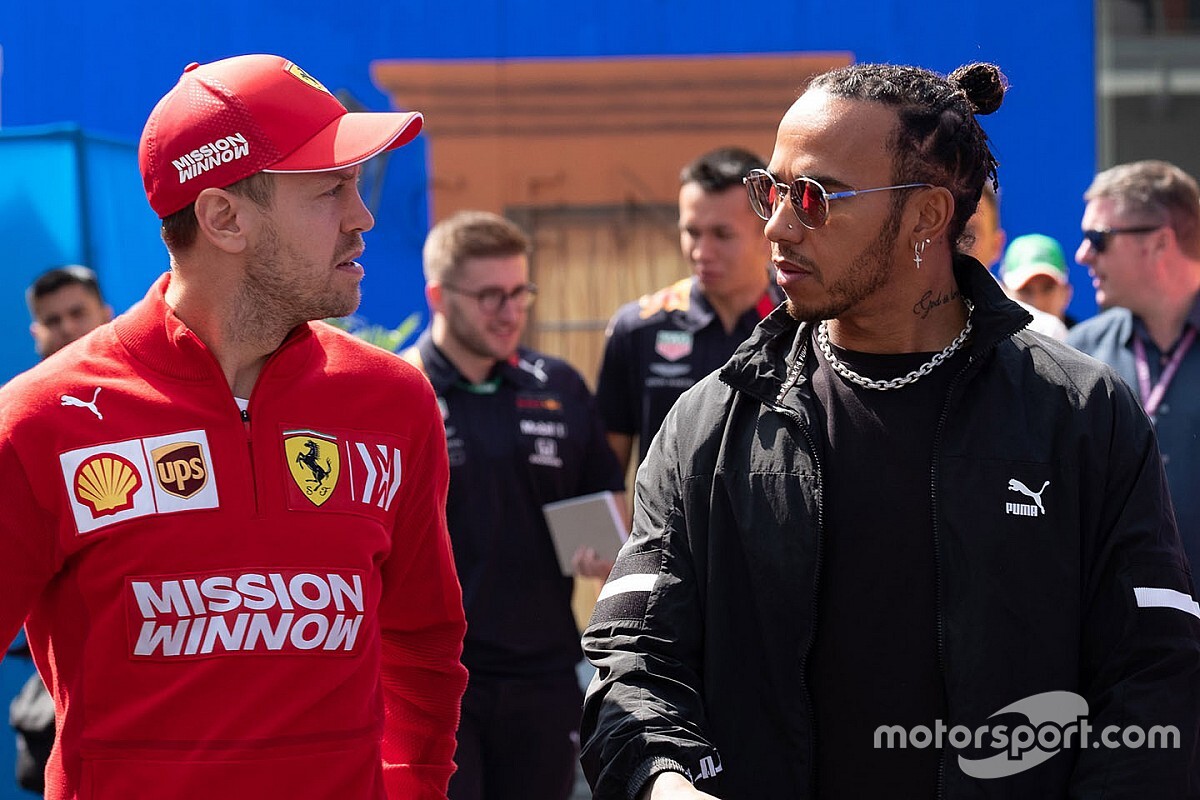 Lewis Hamilton says the way Sebastian Vettel has handled his pending exit from Ferrari proves his strength of character, and hopes “something really positive” comes up for him in 2021.

Four-time Formula 1 world champion Vettel will leave Ferrari at the end of the year after the team opted against renewing his contract beyond the end of the season.

Vettel is currently without a drive for next year, but is known to be in talks with Racing Point over a drive for 2021, when it will be rebranded as Aston Martin.

Six-time world champion Hamilton had previously not been drawn on Vettel’s future, but praised the Ferrari driver for his resolve amid struggles with Ferrari’s SF1000 car.

“I’ve made comments in the past, but I saw the difficult race he had had previously [at Silverstone], and all I can try to do is empathise with the position he’s in and try to be understanding,” Mercedes driver Hamilton said. “Because it can never be a great feeling, to have been told that you’re not wanted to continue within the team, especially when you join a team and get into a team, you give your all, you give your heart.

“But I think the way he is pushing and the way he is continuing to try help the team, I think it just shows the great character he has and [his] commitment to racing.

“I hope that something really positive comes up for him moving forwards.”

2017 and 2018 saw the pair go head-to-head for the world championship, only for Vettel to lose out to Hamilton on both occasions.

Since Vettel’s Ferrari departure was confirmed, the driver market has moved quickly to only leave a handful of seats remaining. Should Vettel miss out on a drive with Aston Martin, it would only leave realistic openings at either Haas or Alfa Romeo if he wanted to continue in F1.

Vettel has not shown any indication of wishing to pursue a drive in a different category, saying earlier this month he had not “really checked any anything outside Formula 1, or [the] sofa or kitchen table or couch”, with a sabbatical being an option.

Hamilton is yet to confirm his future with Mercedes beyond the end of the year, but is widely expected to sign a new deal.

The only world champion formally announced on the grid for 2021 is Fernando Alonso, who will return with Renault after two years out of F1.

McLaren "will not give up" fight for third, says Seidl