Formula 1 championship leader Lewis Hamilton said he was searching for inspiration before his Spanish Grand Prix win and found it in the form of support from an unwell fan. 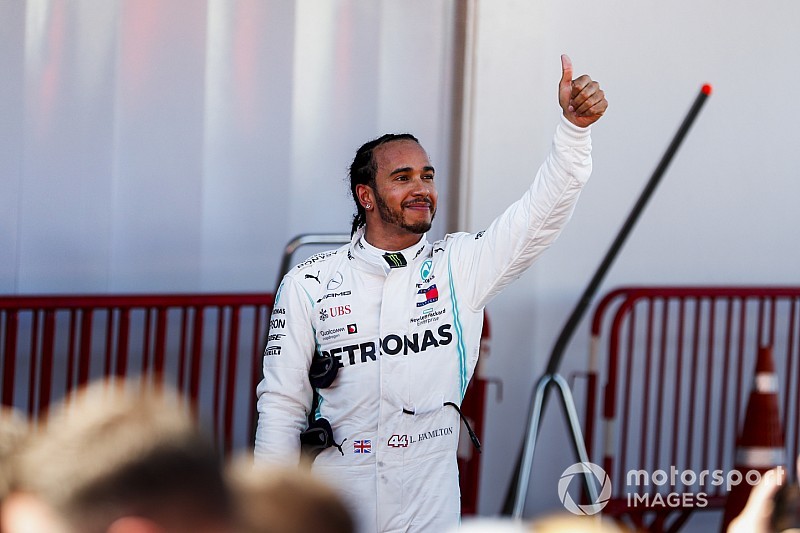 Hamilton shared a video he had been sent by a young child on social media and said the boy, Harry, was his "spirit angel" as he defeated Mercedes teammate Valtteri Bottas at Barcelona.

"I was super inspired by this young kid that sent me a message, Harry," said Hamilton. "We've sent him a card and a cap, and before the race I was chilled but was looking for some inspiration, something to grab onto.

"I dedicated today's race to him. You try to go out there to do something for someone but it doesn't always work out as it has. He's watching and I'll send him a message shortly after this. We're going to try to do something special for him."

Hamilton's third win of the season and a bonus point for fastest lap lifted him to the top of the standings, seven points clear of Bottas.

He and his teammate were joined on the Spanish GP podium by Dieter Zetsche, CEO of Mercedes' parent company Daimler.

Zetsche is stepping down from his role this month and Hamilton said he was happy to have been able to win with the 66-year-old attending his final race in his position.

"He's been a massive supporter of mine since I was 13," said Hamilton. "Ultimately he was there in the decision-making process of whether to take me on as a kid.

"When I went to McLaren he was part of the decision-making process of whether I got the Formula 1 drive in 2007. Then joining this team, again, and every year from then we've had to re-sign. This is his last race with us and I just want to say a big thank you to him." 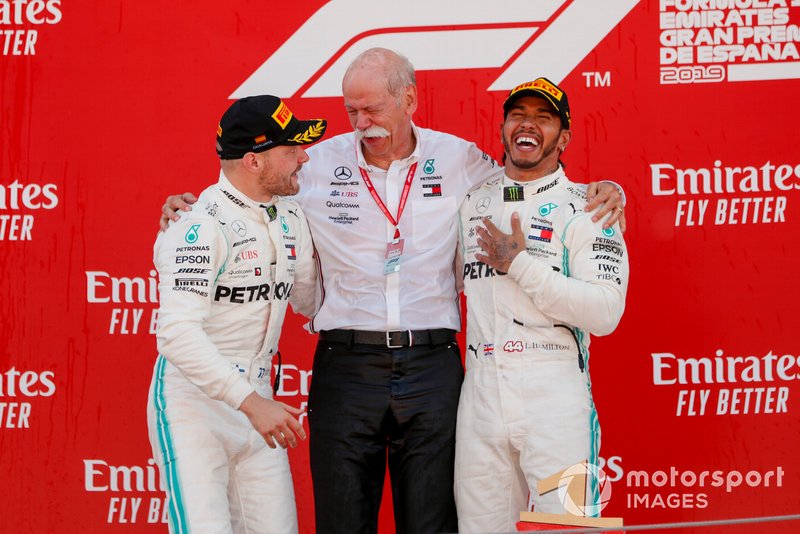