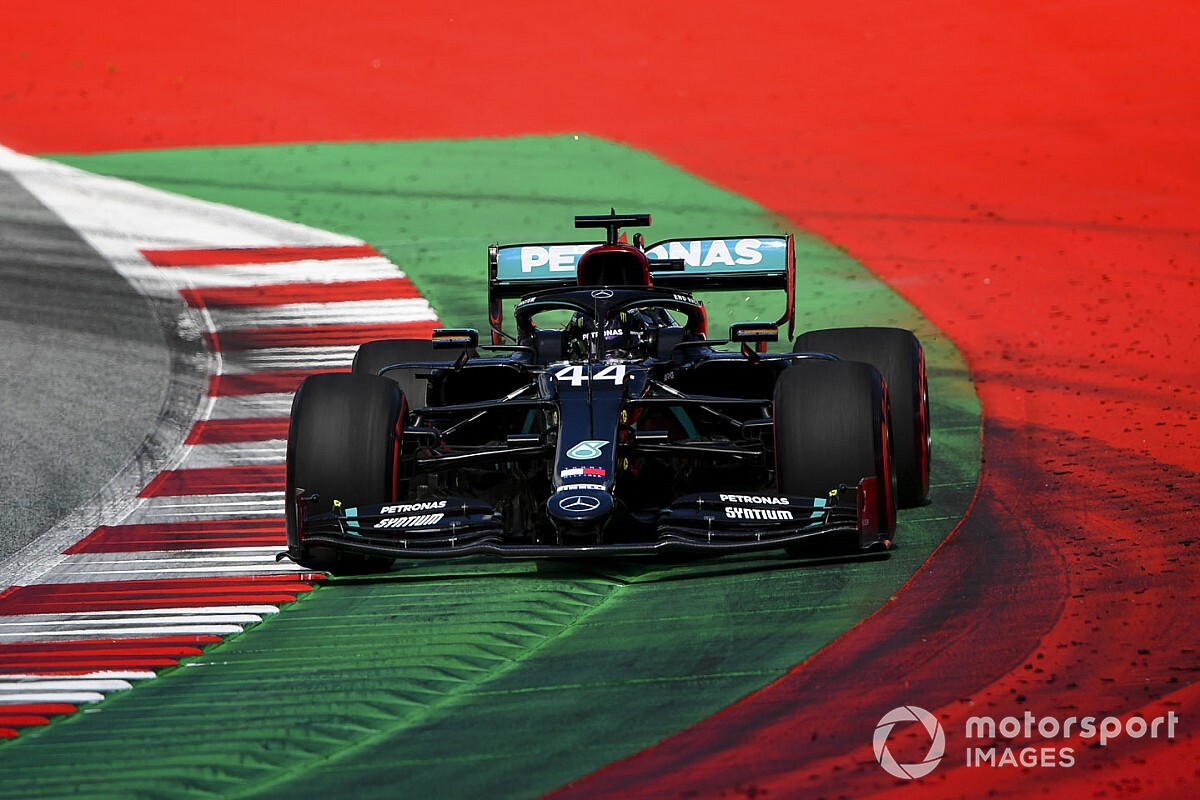 Lewis Hamilton is at risk of being handed a grid penalty for Sunday's Austrian Grand Prix after being summoned to the stewards over two rule breaches.

Hamilton qualified second for the delayed 2020 F1 season-opener at the Red Bull Ring on Saturday, narrowly missing out on pole to Mercedes teammate Valtteri Bottas.

Hamilton managed to improve on his final lap in qualifying despite a spin for Bottas ahead that saw the Finnish driver kick up some gravel.

The FIA stewards in Austria revealed two hours after the end of qualifying that Hamilton was under investigation for failing to slow for the yellow flags shown for Bottas, as well as a potential track limits' breach at Turn 10 on his fastest lap.

Hamilton will come before the stewards at 6:15pm local time in Austria, but is at risk of a grid penalty after improving by one tenth of a second on his final qualifying lap.

Asked by Motorsport.com in the post-qualifying press conference if he saw the yellow flags shown for Bottas, Hamilton replied: "Not that I saw, no.

"I came round the corner, I got on the power and I thought that Valtteri perhaps had just gone wide and come back on the track further up the road.

"I was looking out for the gravel on the track and for a car on the track, but there was nothing there so I continued.

"Then I saw as I was going into, I think it was to Turn 6 that Valtteri was much further to the left. It happened pretty quick and pretty big puff dust."

The stewards issued guidelines on laptimes being deleted for breaches of track limits earlier in the weekend after removing the kerbs at the exit of Turn 9 and Turn 10.

The usual penalty for failing to slow for yellow flags is a three-place drop, as seen with Max Verstappen in Mexico last year.