Hamilton under investigation for Verstappen incident 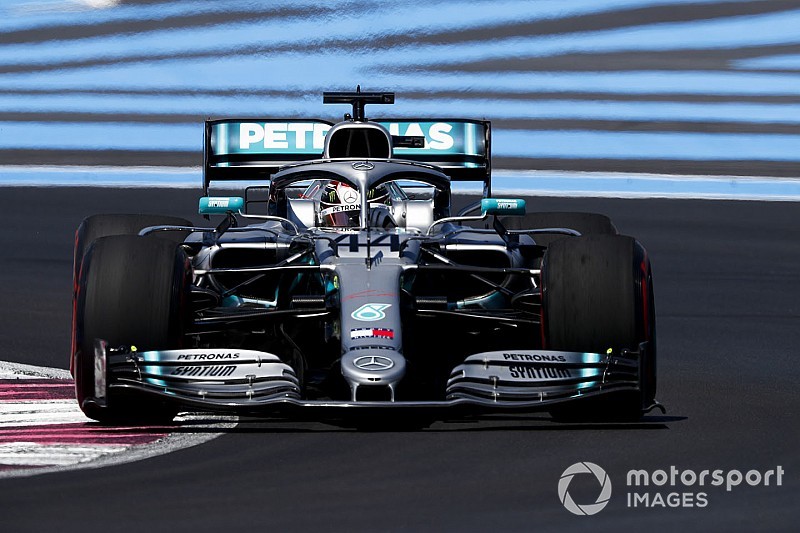 Lewis Hamilton has been summoned to see the stewards for an investigation following a mix-up with Max Verstappen after he rejoined the track following a wild moment in second practice for the French Grand Prix.

The world championship leader briefly lost control of his Mercedes and swiped a bollard at Turn 4 exactly halfway through the second session.

But as he rejoined the circuit, he came back on track right in front of Verstappen, who was unable to take the ideal inside line at Turn 4 and ran wide.

The stewards announced that the matter would be investigated following the second practice session.

The Hamilton incident comes just a fortnight after the Briton won the Canadian Grand Prix following a five-second penalty for Sebastian Vettel, who was ruled to have rejoined the track in an unsafe manner and forced him off circuit.

Article 27.3 of the Sporting Regulations states: "Drivers will be judged to have left the track if no part of the car remains in contact with it and, for the avoidance of doubt, any white lines defining the track edges are considered to be part of the track but the kerbs are not.

"Should a car leave the track the driver may rejoin, however, this may only be done when it is safe to do so and without gaining a lasting advantage."

With Verstappen having been forced wide after taking avoiding action, it could be argued that Hamilton did not come back on track in a safe manner.

Ferrari has since asked for the FIA for a review of the Montreal incident, with stewards now considering whether new evidence that has been presented is good enough to warrant another look at what happened.

Ferrari has "overwhelming" evidence that Vettel broke no rules