Hamilton: It's sad to see Rossi retiring from MotoGP

Lewis Hamilton will be “sad” to see Valentino Rossi retire from MotoGP after this weekend’s Valencia Grand Prix, with the Formula 1 world champion calling Rossi “just such a legend”.

Rossi is set to depart from MotoGP after a 26-year career in motorcycle racing, where he has racked up 115 victories – with 89 being taken in MotoGP – 199 podiums and seven top-class championships from 432 grand prix starts.

When asked by Motorsport.com to reflect on Rossi's achievements and career overall in MotoGP ahead of the Italian's final race, Hamilton said: "It's obviously sad to see Vale stopping but his I think his drive, his approach, just everything he's everything he's done has been incredible.

"So, it'll just be sad to not be watching the races and seeing him just ride in style as he usually does.

"But I think it's a beautiful time for him also – because he's got a family now he's growing or starting to build.

"But I'm grateful I've had the privilege to share a really special day with him on track. I'll always remember that." 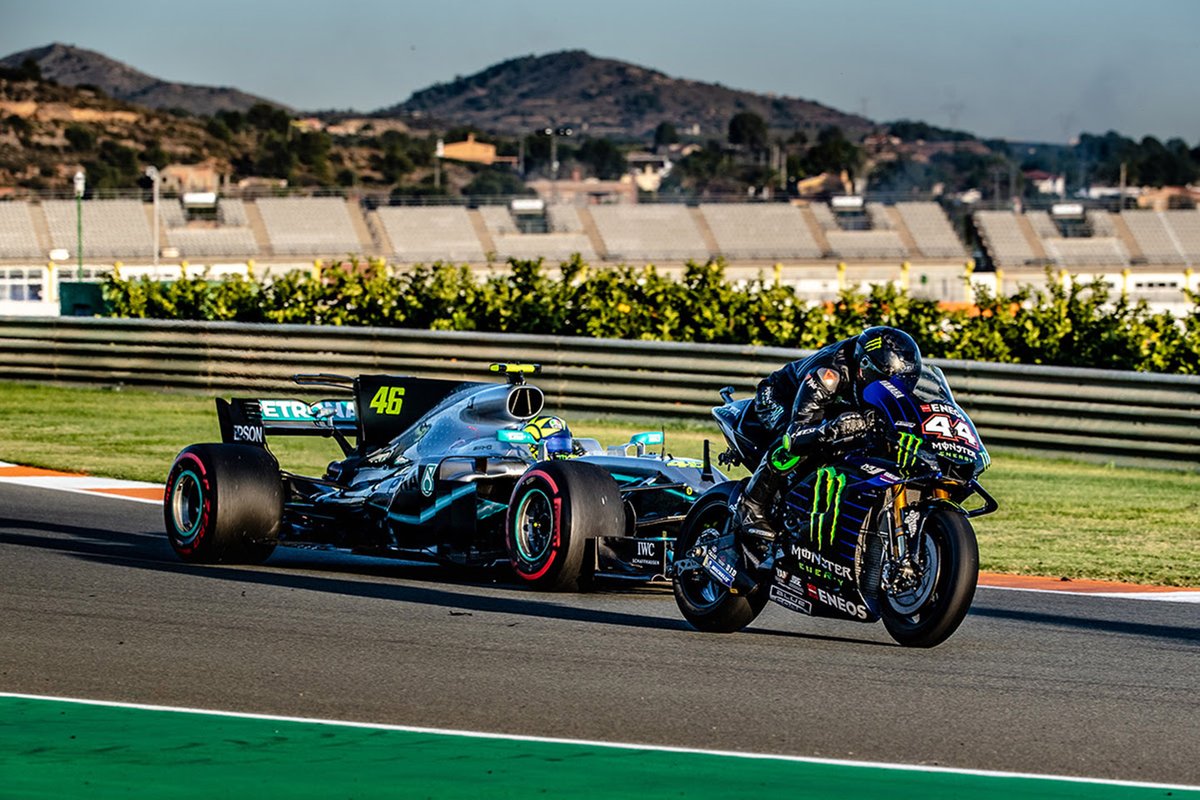 Hamilton was speaking alongside former teammate Fernando Alonso in the pre-event press conference for this weekend's 2021 Sao Paulo GP at Interlagos – the race renamed from the typical Brazilian GP moniker for this year.

Alonso also offered his thoughts on Rossi's upcoming retirement, saying it will be "sad to obviously see his final race and a legend of the sport".

The Alpine driver added that he was "wishing him the best and a lot of happiness in his new chapter in life".

Back in 2019 when the Mercedes/Yamaha ride swap took place, ahead of what would be Rossi's final year racing for the works Yamaha squad, Hamilton said it was "so cool to be out on track and see Valentino ahead of me on the same bike".