Hamilton: I'd be one-time champion without Lauda 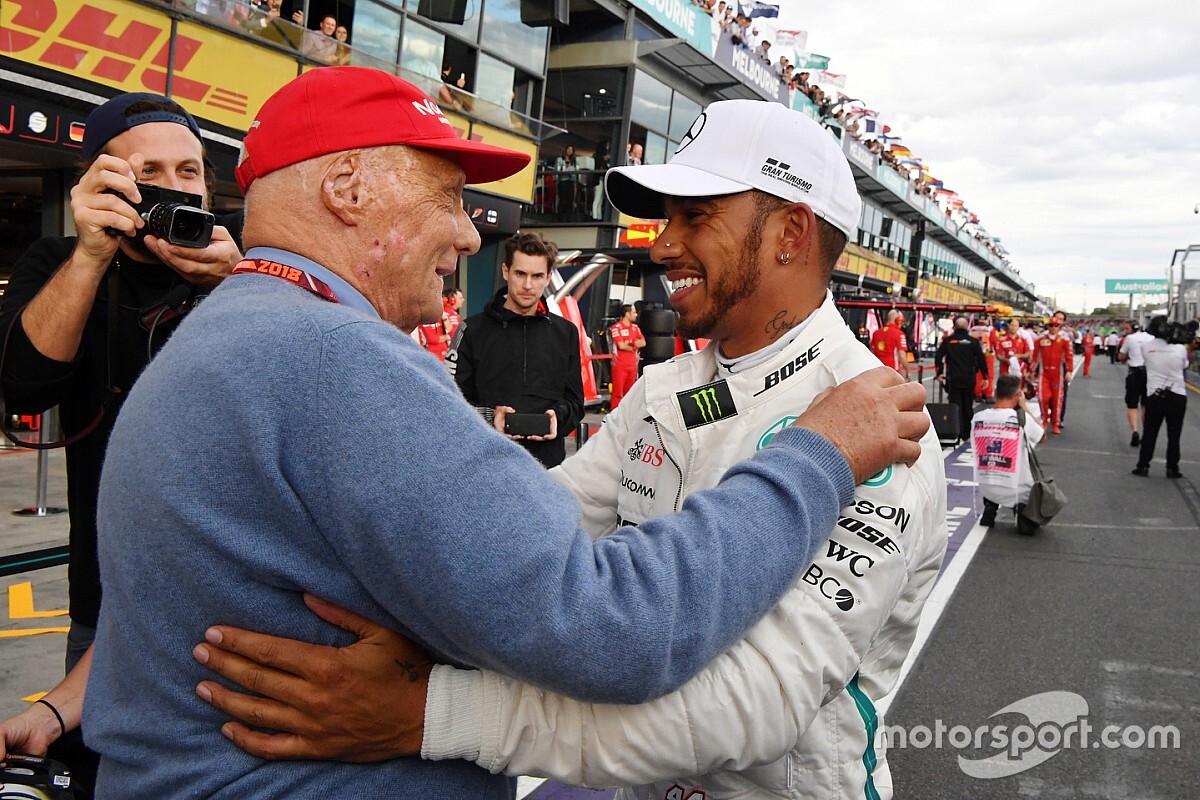 Lewis Hamilton believes he would only be a one-time Formula 1 world champion if not for Niki Lauda, after talking through the Mercedes chief's death for the first time.

As Mercedes non-executive chairman, Lauda made his first contact with Hamilton during 2012 to help lure the Briton to the team from McLaren, when Mercedes was struggling to establish itself as a leading team and McLaren was still winning races.

Since the move Hamilton has won four world titles and 55 grands prix, while McLaren has not won a race since the end of the 2012 season.

Hamilton said that while then-team principal Ross Brawn was the "convincing element" by explaining Mercedes' plan, Lauda "was the one that brought it to me and got it across the line".

"If I hadn't had the call all that time, I would be a one-time world champion now, and probably 22 wins or whatever it was when I was at McLaren [21 victories]," said Hamilton.  "And I sit here a five-time world champion. I definitely feel like I owe him a lot."

Hamilton was excused from media duties earlier this week, on Wednesday, as Lauda had only passed away on Monday night.

"The other day it was quite… I didn't feel like I was really ready," Hamilton explained. "I think Toto also felt fairly similar, and maybe Valtteri [Bottas, who replaced Hamilton in the press conference] as well.

"Me and Toto have had multiple conversations this week and also myself and Birgit [Lauda's wife]. I was really in touch with Niki a lot through this past eight months.

"We would be sending videos back and forth to each other and it was always difficult because some days he looked good and he was really perky and [saying] 'I'm coming back, I'm coming strong and I'll be at this race'.

"Then there's other days where he had immediately lost a lot of weight. So it was definitely tough from afar."

Hamilton described Lauda as his "partner-in-crime" through negotiations and trying to improve Mercedes, which transformed into an all-conquering race team in 2014 and has won every title going since.

He said Lauda would help when Mercedes' drivers pushed for improvements with the car, by going to the factory and "giving them arseholes, like he would always say!".

"So it was very, very difficult at the beginning of the week," said Hamilton.

"Coming here on Wednesday I didn't feel like it was the time to do that. We all love him and miss him and it's hard to imagine or to think that when someone goes, you're never going to get to see them again or to talk to them or have conversations. But I've got the greatest of memories with him. He will live on in all our memories."

He delivered an emotional outburst over the radio and then tried to climb a fence after getting out of the car in celebration.

"Doing such a lap today and putting it all together, his happiness about the performance – Valtteri today was really a strong competitor to him – and then with the emotions around Niki, it looks like it all came out," said team boss Toto Wolff.

"It's always impressive to see that at the end, because he had a difficult session. The first flying lap never kind of worked for him getting the tyres in the right operating window – it was easier for Valtteri.

"And when it mattered, this one lap, he just puts everything together, no mistakes, and puts the car on pole. That's impressive to see."