Hamilton: 2019 Mercedes harder to work with 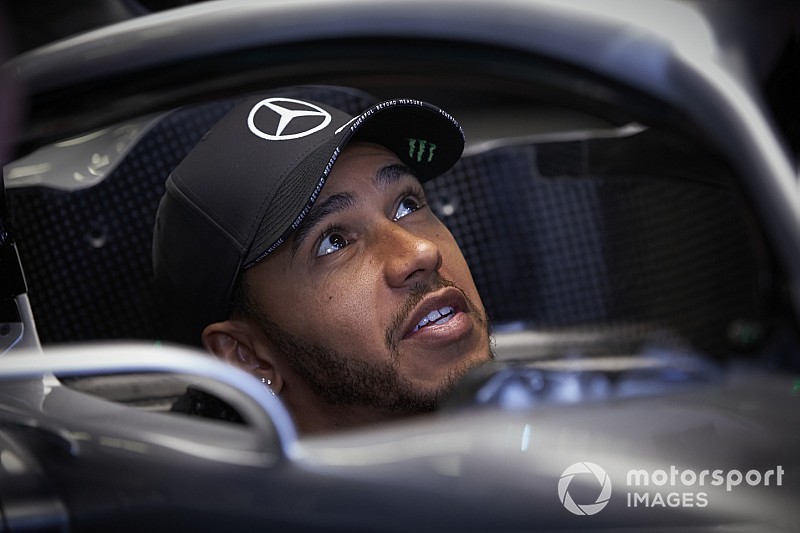 Lewis Hamilton says the 2019 Mercedes Formula 1 car is harder to work with than its predecessor despite the team starting the season with a trio of one-two finishes.

Mercedes had a difficult start to last year in terms of extracting the most from its car, winning only one of the first three races and falling behind Ferrari in the world championship.

But despite the good results this year, Hamilton admits that the Mercedes W10 is still proving difficult to get the best out of.

"So far the car is a little bit harder to work with this year, so it's definitely not easier," said Hamilton when asked if he thought the car was easy to work with.

Asked by Motorsport.com to elaborate on how that manifests itself, Hamilton explained that a range of factors contribute to this and that teams always take time to get on top of the car early in the season.

"It's a combination of things, the tyre seems to be a little bit more complex this year than last year," said Hamilton.

"But at the beginning of every season we always struggle, everyone is trying to understand the different tyre windows you are in. The window of these tyres is even narrower than it has been in the past, which was pretty small before and is even smaller now.

"They keep putting up the pressures every weekend or every year so it gets harder and harder."

Hamilton added that he is confident Mercedes will get on top of the car as the season progresses given the early stages of a year are always a steep learning curve.

"With the car each year it's just trying to get the car to work on as many of the circuits for 21 grands prix," said Hamilton.

"So trying to find the balance is very very difficult because there's never a perfect balance for each one, there's kind of an average balance that might work everywhere.

"But when the tyres then come into it and also the engine, it gets harder and harder.

"But as we get through the season we'll learn more and more and more, I think we've definitely lucked out at least in one race, which was in Bahrain, but we were pretty good in the race and the last race was obviously pretty spectacular for us."