Lewis Hamilton says Mercedes cannot keep "bluffing" against Ferrari in the 2018 Formula 1 title fight and believes upcoming races will be "really telling" in his battle with Sebastian Vettel. 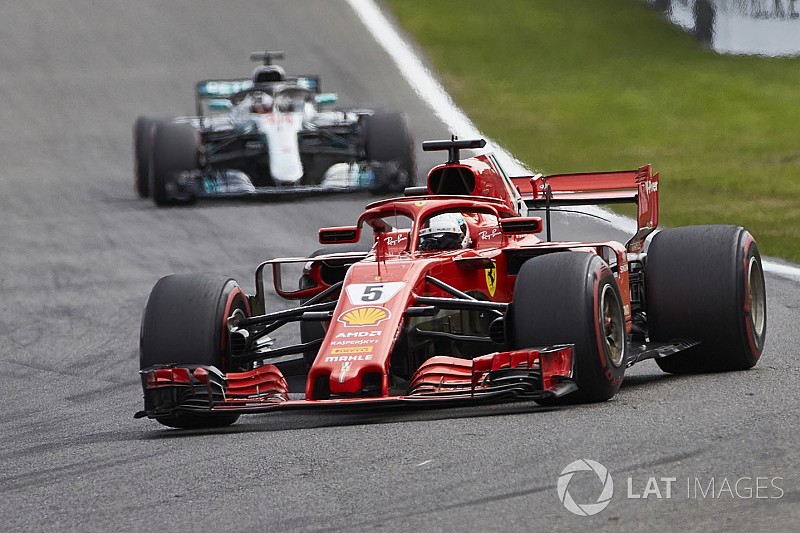 Hamilton holds a 17-point lead over Vettel after the German's victory in last weekend's Belgian Grand Prix, as Ferrari enjoyed superior performance at a race both manufacturers brought engine upgrades.

Hamilton said Ferrari's performance is definitely a concern because he and Mercedes are only ahead because they capitalised on Vettel "misfortune" before the summer break.

"They've had the upper hand on us for some time," said Hamilton. "The pendulum has swung a little bit.

"We've called their bluff almost. But there's only a certain amount of times you can do that.

"If you keep playing a deck of cards and you're bluffing, there's only a certain amount of times you can do it before the opponent realises you're doing that."

Hamilton said defeat in Belgium would have been "more painful" if he had not had a healthy points margin to absorb some of the impact of Vettel's victory.

"This next run of races is going to be really telling," he added. "The next two or three races will really show if they're going to continue to sustain that high performance."

Hamilton said Ferrari's power "is obviously a lot better than it was last year and they sailed past us at the start" and he "couldn't match" Vettel's pace at Spa.

He believes Mercedes should be stronger in Italy because Ferrari's advantage is in acceleration, which gives it good performance in traction zones and contributes to a higher straightline speed, and the first chicane is the only such place at Monza.

However, if the Ferrari remains the car to beat, Hamilton says he will not gain extra motivation from fighting a rival with a better package, and needs to accepts that he will be limited in some races.

"There's only a certain amount that I can do, I can't always create miracles," he said. "There's going to be times like today when it doesn't work.

"We can still beat them at races, I just don't know which ones that's going to be in."

Rain has given Hamilton a major boost over the last three events, enabling him to make a difference while stopping Ferrari making the most of its strong form at the same time.

A mid-race shower in Germany allowed Hamilton steal an unlikely victory there, while Saturday downpours in Hungary and Belgium gave him the chance to claim pole when Ferrari looked the favourite each time.

Hamilton said: "The rain creates opportunity, but we can't just rely on that. We've got to improve our performance so we can maximise on days in dry conditions."

The outrageous halo debate that must end now