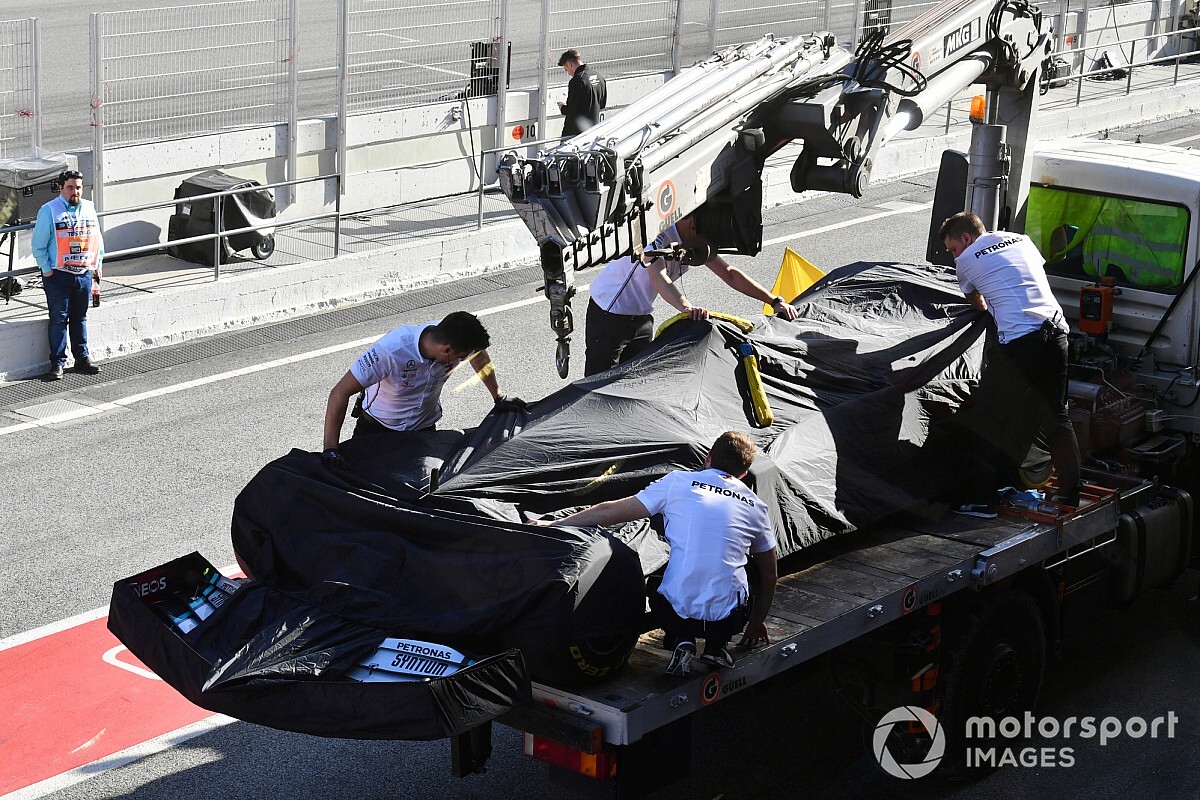 Mercedes faced fresh engine dramas in pre-season testing at Barcelona in Spain on Thursday when Lewis Hamilton stopped with a power unit problem.

The world champion's W11 ground to a halt at the exit of Turn 5 in the afternoon session, bringing out a lengthy red-flag period while his car was retrieved.

Mercedes later confirmed that the problem had been caused by an oil pressure anomaly, which made the engine shut down as a precautionary measure.

With investigations continuing, the team said that Hamilton would not return to the track.

Hamilton's issue will, however, be of wider concern to his Mercedes bosses with the German car manufacturer having suffered a run of problems in pre-season testing.

As Motorsport.com revealed last weekend, Mercedes already had to use two power units in the first week of testing when Valtteri Bottas suffered a failure last Thursday afternoon. A fresh engine had to be fitted for Friday.

Williams drivers George Russell admitted that Mercedes had been aggressive with its engine push this year, but felt confident it was dealing with matters.

"Mercedes are really pushing on the engine front, definitely pushing the boundaries at the moment," he said.

"This is testing and these things are always going to happen but you know that as an engine supplier they are on top of things."

The Mercedes engine problems come after its engine chief Andy Cowell admitted a few weeks ago that winter preparations had not been that great.

"[There's] lots going on in Brixworth, lots of improvements across the whole power unit, on the ERS side, on the internal combustion engine side," said Cowell. "As ever, [we're] fighting a few little issues as we pull everything together."