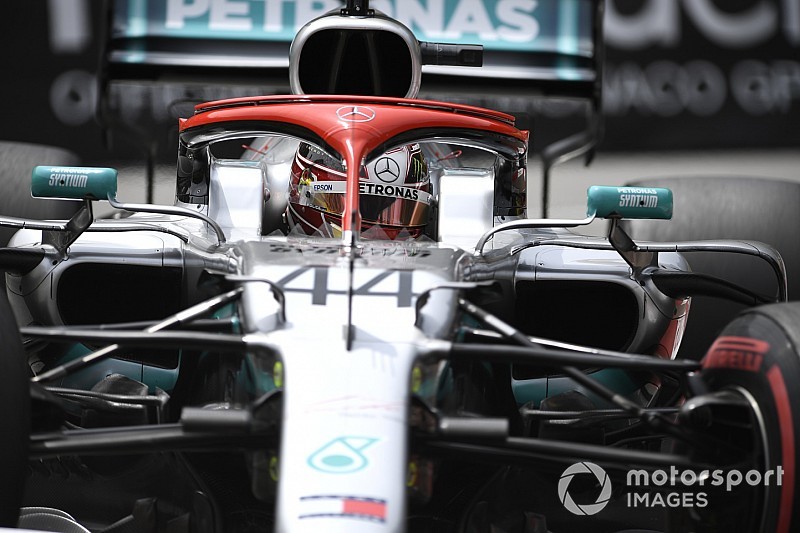 Lewis Hamilton says Mercedes' first Formula 1 engine upgrade of the season is among the improvements he expects to see for the next race in Canada.

Mercedes has dominated the start of the 2019 season, winning all six races and scoring two podium finishes at every grand prix.

Hamilton won the previous race in Monaco after surviving race-long pressure from Red Bull's Max Verstappen, though his task was made harder by Mercedes later admitting it had put him on the wrong tyres.

The five-time world champion said he and Mercedes still had room to improve ahead of the Canadian Grand Prix in two weekends' time.

"A lot of analysis will be made, particularly towards trying to understand the tyres better and deliver better in terms of our processes," said Hamilton.

"And on my side, [I am] trying to work even better with my engineers to try and extract more from my car.

"That means Bono [Peter Bonnington, Hamilton's race engineer] and Marcus [Dudley, performance engineer] and a lot of the engineers trying to extract more information from the energy recovery system, and positioning the information in the right way so I can deliver more from this car.

"And I know the guys back at the factory are working on developments. We will probably have a new engine by the next race, so the car will continue to move forward as we will."

Mercedes intended to bring its upgraded engine to the Canadian Grand Prix last year but postponed that by one race to France after a quality issue.

It is the only engine manufacturer still to introduce its first upgrade of the season, and thus Mercedes is on a conventional schedule.

Honda was the first to do so, bringing forward its 'Spec 2' engine for reliability reasons at round four in Azerbaijan.

Renault had a new-spec engine on reliability grounds for the following race in Spain, where Ferrari introduced its own upgrade in the pursuit of greater performance.

If a driver uses more than three engines in a season they will begin to incur grid penalties, with Mercedes arguably now best-placed to avoid that scenario.

Despite that, and its commanding position atop both drivers' and teams' championships, Hamilton insists Mercedes will not relent in its quest to improve.

He said his rivals were "as close as they could be" in Monaco but praised his team for a race performance that "generally was very, very strong".

Hamilton added: "Obviously we were on the wrong tyres, so strategically we could have done a better job, without a doubt. We don't always get that perfect and I think we'll definitely learn from it. What doesn't break you only makes you stronger."

Why F1's lesser-known rookie is revered by his peers