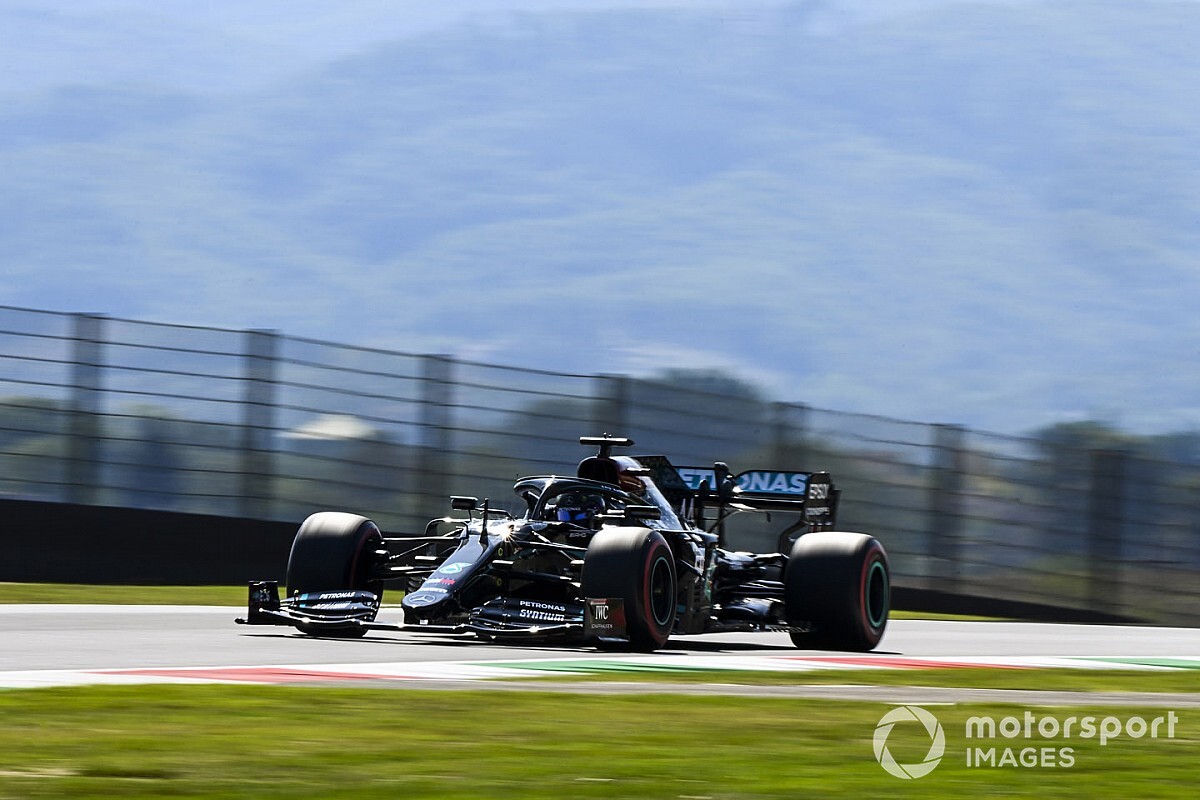 Lewis Hamilton says that Mugello leaves no room for "play", as the high speeds and lack of run-off makes the track a "serious" challenge.

The Mercedes driver ended the opening day of practice just behind teammate Valtteri Bottas on the timesheets, but reckons there was still plenty to come as he got to grips with the venue.

And while drivers have revelled in the high-speed challenge of the layout – especially the double right-hander at Arrabbiata - Hamilton said that there was no brushing aside the risks of something going wrong.

"There is no time for play here," said Hamilton. "It's a very, very serious track. It is all medium and high [speed corners], and you don't go lower than third/fourth gear, so it is so quick.

"There's not a lot of run-off area, and particularly through eight and nine. I was looking on the in-lap there: the speeds that we are going. I'm just praying that the tyres hold together for the race."

Hamilton said that the two Arrabbiata corners felt similar to the famous Turn 8 at Turkey, with its speed and the challenge of getting through there cleanly.

"It almost feels like Turkey with the triple left hander you have there," he explained. "It's incredibly fast through I think 6/7/8/9.

"It's intense I have to say. It's amazing to experience it. But it's going be difficult to look through the tyres at that section."

Hamilton said he still had not been able to reach the limit of his car, as he admitted that his driving was still the limiting factor, especially in the first sector of the lap.

"I'm trying to push it to the limit, but it's just I think there are sections like the last sector obviously, I've got that sorted. And I'm pretty happy with that.

"The first and second sector are a little bit weak for me, particularly the first sector. So there's plenty to come from that section. Max [Verstappen] and Valtteri are very quick through there, so a lot of studying tonight and hopefully be better tomorrow."

Bottas predicted that the race would turn in to a huge physical challenge, especially if the warm temperatures stick around for the weekend.

"It is one of the most physical tracks no doubt and I think we will still only see it in the race, once the fatigue starts to build up," he said. "It is going to be a tough Sunday for everybody, but I'm ready for it."