Lewis Hamilton says he never asked for, and never wanted, the use of team orders in the Russian Grand Prix to help him win the race.

The world championship leader was gifted victory at Sochi on Sunday after teammate Valtteri Bottas was ordered to move aside for him.

The controversial move left Hamilton feeling deflated after the race, as he made clear that neither in pre-race discussions nor over the radio had he wanted Bottas to give up the win for him.

“There was obviously a team call,” said Hamilton, whose win has helped him extend his world championship advantage over Sebastian Vettel to 50 points.

“There were obviously discussions before about what may or may not happen, and I just made sure, I said to Valtteri, I assured him that it was not something I asked for.

"That is something the team feel is right for us to do. It is a very awkward position to be in.”

Hamilton insisted that during the phase of the race where the team orders call was made – as race leader Verstappen was slowing the pace and Vettel was pushing hard from the back – he had actually just wanted Bottas to go quicker as they ran in second and third spot.

“They told me on the radio that Valtteri was going to let me go, which is not what I wanted," he said. "I just said 'just tell him to speed up' because I had Sebastian on my tail, it was quite close.

“Passing him did not feel good, in that instant, in Turn 13. And I didn't know what was planned for the end.

"I was waiting to get some news or something like that, but I knew that the team wanted it to end that way. If they'd made that call, then it confirmed to me that they wanted to end that way.”

Bottas said that he understood the reasons for Mercedes making the call, even though it was personally hard to accept, and he had never expected to get the place back at the end.

Asked if he thought the team would keep Hamilton ahead to the end, Bottas said: “Yeah... I could expect that. Because obviously Lewis is fighting for the drivers' championship and I'm not.

“And the way we finished, compared to the beginning, makes no difference to the constructors points. So yeah, I was expecting that.”

Although Bottas’s conduct in Russia has opened the door to Hamilton gifting him a win back later in the year, the Finn was not convinced he would happily accept a victory like that. 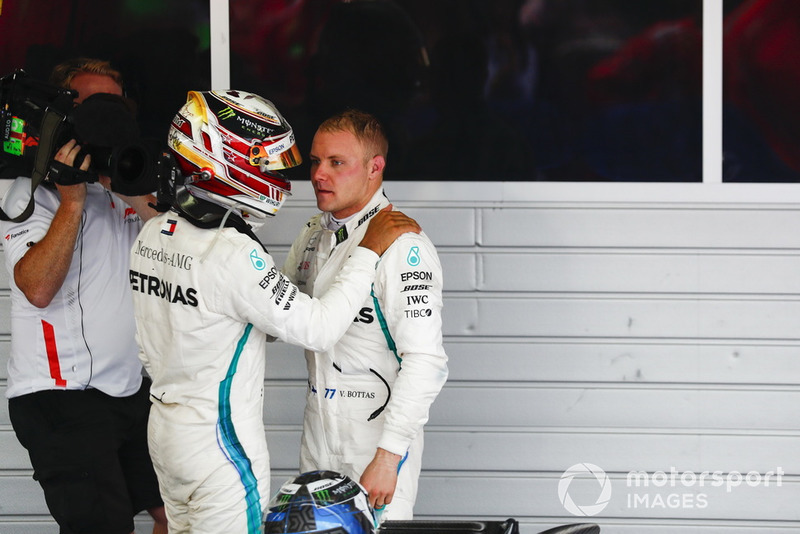