Lewis Hamilton says he is "on the back foot" after an on-track stoppage brought his Friday Formula 1 practice running for the Dutch Grand Prix to an early end.

Hamilton set the fastest time in FP1 for Mercedes at Zandvoort, but managed only 17 laps after a lengthy red flag following a stoppage for Sebastian Vettel limited track time for everyone.

The seven-time world champion then got in just a single timed lap in second practice before reporting a loss of power on his car, prompting Mercedes to instruct him to stop on-track.

The team later confirmed the call to stop came after it noted unusual oil system behaviour. Hamilton was running his spec one power unit for this season in the session, which has the highest mileage so far this year.

Hamilton felt the lost track time was "not the end of the world" as teammate Valtteri Bottas completed a full run programme, but acknowledged that he was a step behind his rivals.

"This morning we only really got like 20 minutes of running with that red flag," Hamilton said.

"So naturally [that] puts us on the back foot. But Valtteri looked like he had a good session, so hopefully tomorrow, we can make up for some of the time, hopefully.

"It wasn't feeling too bad [in FP1]. I made some changes into this session. I got one lap with it. Very, very hard to pick whether they're good or bad points from that change.

"But as I said, we got Valtteri who did a lot of running, lots of data analysis we have from all the long runs, most other people got their long runs." 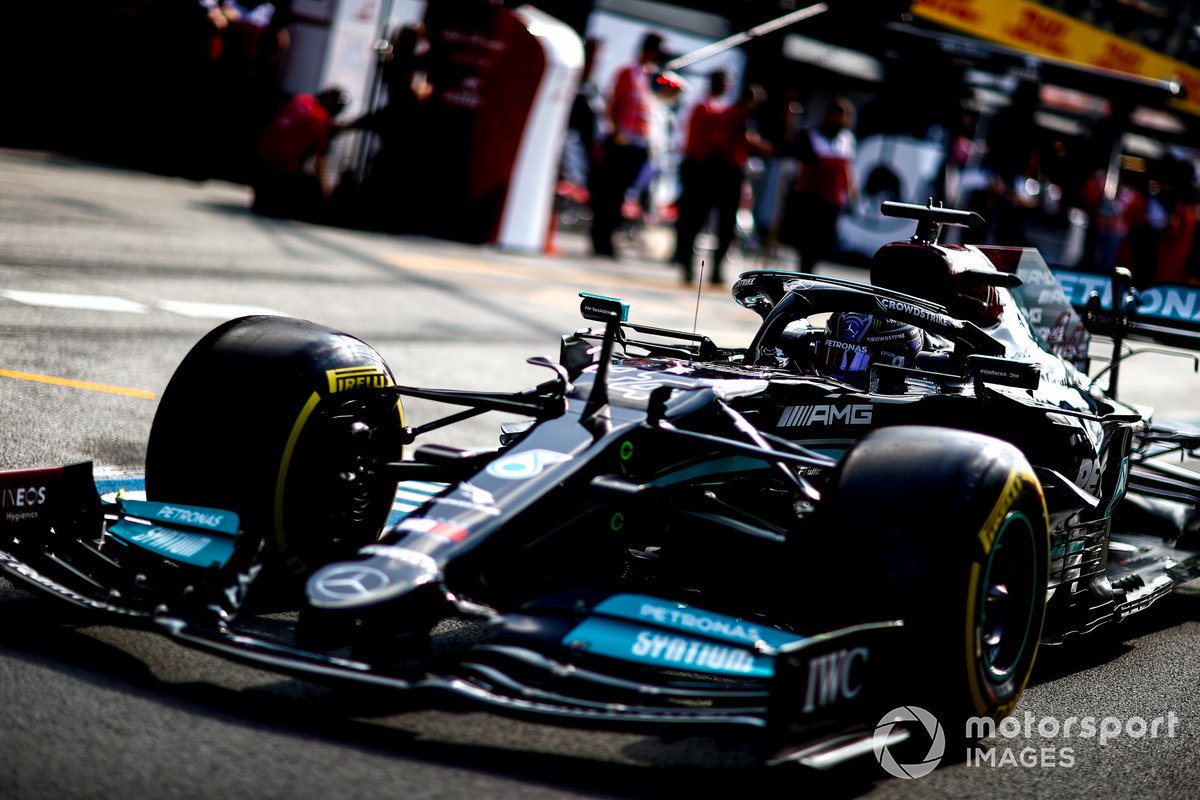 Hamilton added that he and Bottas were "not too far off on set-up most of the time", giving him confidence that he will be able to make up for the lost time in final practice on Saturday morning.

Friday marked F1's first official running at Zandvoort in 36 years, and a return to the track where Hamilton raced and won in the Masters of Formula 3 event in 2005.

While the circuit has since undergone a number of changes ahead of its return to the F1 calendar, Hamilton said driving it brought back fond memories from his junior career.

"The track is epic, it's really fantastic," Hamilton said.

"It brought back so many memories when I first got out there, when I was driving here, because I didn't really remember, I knew that it was great when I was in Formula 3, but it's crazy in a Formula 1 car.

"The speeds we're going through Turn 7, it's a real racing circuit.

"It'll be interesting to see, I don't think you'll be able to overtake here, because it's just high, high downforce, super-fast corners which we probably won't be able to follow through.