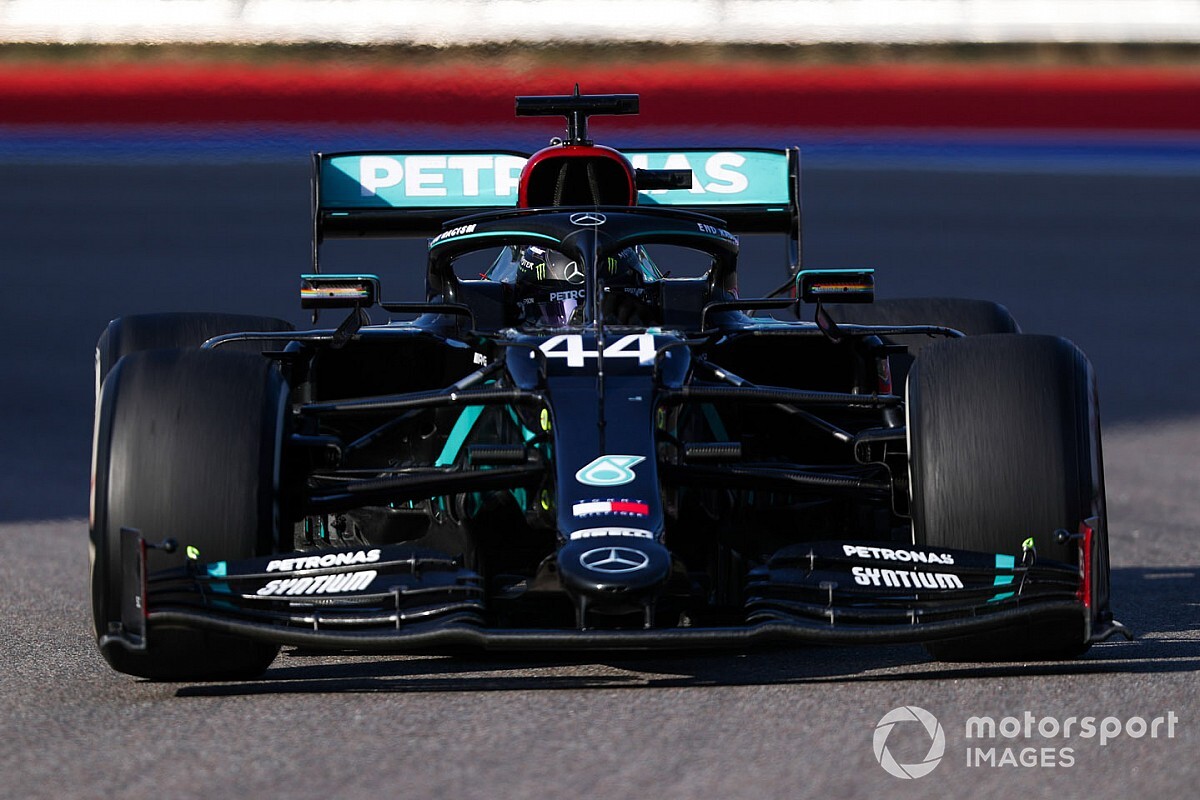 The Formula 1 race stewards have dropped the penalty points awarded to Lewis Hamilton for his practice start infringements ahead of the Russian Grand Prix, giving Mercedes a fine instead.

Hamilton was hit with a 10-second time penalty for two separate practice start violations ahead of Sunday's race at the Sochi Autodrom.

The Mercedes driver served the penalty during the race, causing him to drop to third as teammate Valtteri Bottas won the race.

Hamilton was also hit with two penalty points on his FIA super licence for the incidents, taking him up to 10 points for the 12-month period and leaving him just two points off a one-race ban.

But the FIA stewards have now performed a U-turn and removed the penalty points given to Hamilton, replacing them with a €25,000 fine for Mercedes.

"The Stewards received information from the team that the driver of car 44 had received a team instruction to perform the practice start in the incorrect place," the bulletin reads.

"This was confirmed by the Stewards having listened to the audio between the team and the driver.

"Based on this information the Stewards replace [the penalty points] with this decision and therefore remove the penalty points imposed and fine the competitor (Mercedes-AMG Petronas F1 Team) €25,000."

Hamilton had been instructed by race engineer Pete Bonnington to complete his two practice starts in the locations where he did, both of which were adjudged to have gone against race director Michael Masi's instructions.

Hamilton called the penalty "ridiculous" and said after the race that officials were "trying to stop me", while Mercedes team boss Toto Wolff felt the sanction was "far-fetched".

With the penalty points removed, Hamilton is back down to eight points for the 12-month period. The next points will drop off his super licence after the Turkish Grand Prix in November.

Asked by Motorsport.com about the error, Wolff said Mercedes could not understand how the stewards had reached the conclusion to issue the penalty.

"The verdict was he wasn't in the right place," Wolff said.

"There is no mention what the right place is in the director's note, nor is it in the regulations. So we agree to disagree on that one. The other one was not driving at constant speed in the reconnaissance laps, and there again, it's debatable.

"But the race has happened. He received the 10 seconds penalty. So for a reconnaissance lap, infringement, an in-race penalty, can be debated also.

"But you have to take it on the chin and move on."