© 2021 Motorsport Network. All rights reserved.
TV Buy tickets Store
Previous / Zandvoort pins hopes on banked corner to boost overtaking Next / The F1 tech race: How the field stacks up to each other in 2019
Formula 1 / Breaking news

Lewis Hamilton is still searching for answers to his struggle to get the best of the Mercedes W10 in qualifying. 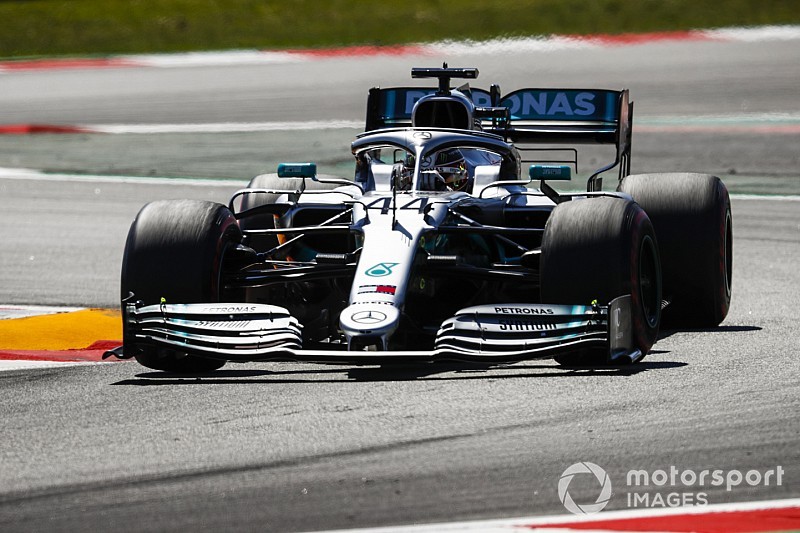 The Mercedes driver says he is happy with his form on race days, and believes that he is doing a good job to manage the tyres, but admits that he is still being frustrated in his efforts over one lap.

He has taken pole only once, in the season opener in Australia, and lost out teammate Valtteri Bottas in the last three races.

Hamilton stressed that the two Mercedes cars employ essentially the same set-up, and thus his issues are not down to specific personal choices.

"The cars are pretty much set the same," Hamilton said. "So that's how I drive the car, I drive the tyres slightly differently in the race, and often I'm able to eke them out a little bit more, longer. That currently is still a benefit and advantage.

"The car is obviously great, but I've generally struggled with the car since Australia, had similar kinds of problems since Australia. My qualifying in Australia was just OK. I was only a tenth ahead.

"When I get things right, it should be different to that. Valtteri has settled nicely into the car, he's quite happy.

"There are definitely areas I'll continue to focus on at the factory and this week, so I'll be dialling in to try to really understand. Ultimately I'll go round and talk to different departments, engineer-wise, and try to create as much data and information as possible so I can apply it better in the next race.

"Friday and Saturday have not been great days for me, so the goal is to improve on that. The races have been really strong, performance wise, and purely delivering on Sunday, I've been really happy."

Hamilton stressed that despite his struggles, he is more than happy with the W10 overall.

"Ultimately it's a fantastic car. It's just the working window that I'm in with my driving style, it's not always doing what I want it to do. It's the best car we've made up until now."

Hamilton agreed that Bottas remains his main rival, and the Finn is keeping him on his toes.

"The closest car to you is the one that is always the biggest threat. At the moment it's still too early, but naturally the closest person is Valtteri, so I have to keep delivering, especially as he keeps pulling out really quick laps through the weekend, he's performing better than ever.

"So I think it's great for the team, he truly deserves his position in the team, and I think it's really great to see him step up again to another level this year."