Formula 1 champion Lewis Hamilton says Sergey Sirotkin acted in a "disrespectful" manner by passing him on an out-lap as the pair nearly came to blows in Brazilian Grand Prix qualifying.

Most teams were in a rush to log flying laps at the start of the second segment due to weather conditions, and when Williams driver Sirotkin arrived at the back of a slowing Hamilton at the end of his out-lap, he tried to clear the Mercedes.

But Hamilton, who had been on the racing line, jinked to the left and wound up nearly collecting Sirotkin, who at speed dipped two wheels off the track as he narrowly avoided the Briton's car.

Hamilton, who went on to take pole position, claimed after qualifying that Sirotkin was in the wrong to attempt the overtake.

“Everyone was on an out-lap – me, Sergey, and everyone in front of me. Valtteri [Bottas] was ahead of me and he was backing off to get his gap so I had to make sure I kept a gap to him.

“As far as I was aware there was no-one behind on a lap, so I was looking out, making sure I had a gap, and then all of a sudden out of Turn 11 I saw a car coming at high speed, so I was like: ‘Oh my God, is that someone on a [flying] lap?’

“I went to move to the left, and that’s where he decided to go. But he wasn’t on a lap so I don’t really know what his thinking was.

“Respectfully, between all the drivers, we all do respect [the gaps] – I could have tried to overtake Valtteri, or Valtteri whoever was in front of him. We all know [to] keep our space by that point.

“It was generally quite a disrespectful move. It was dangerous between us both.”

Sirotkin slowed up after the near-miss and was passed back by Hamilton as they crossed the start-finish line to start their respective flying laps.

He briefly looked at overtaking Hamilton into Turn 1, but backed out of the move.

“It was kind of strange,” Hamilton said. “It was completely unnecessary because he had a space behind him, so ultimately his lap and my lap weren’t great.

“Hopefully he can learn from it.”

Hamilton also had a run-in with Kimi Raikkonen during Q2, with the Finn forced to make a late move to the left to pass the coasting Mercedes while on a flying lap.

“I guess he was on a slow lap but was in the middle of the road so you either stay on the line or move all the way out. It is impossible to say which way they will go,” Raikkonen said of the Hamilton incident. 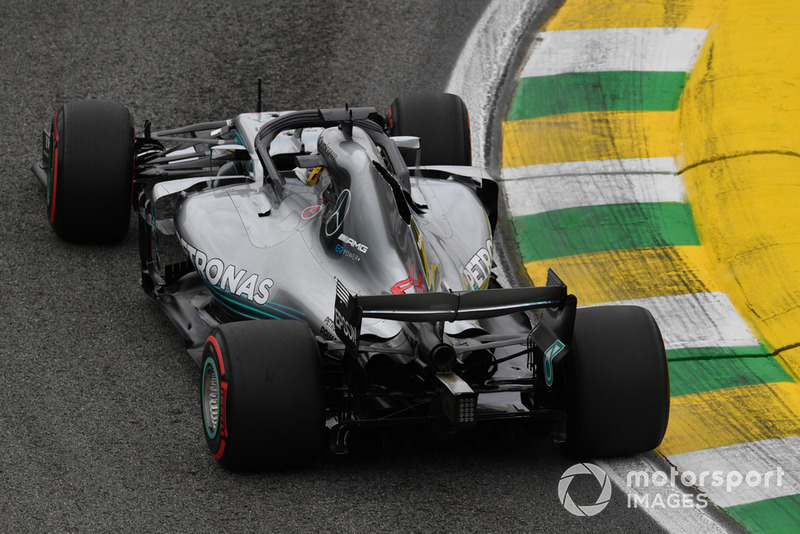